The coronavirus is putting the squeeze on Mexican criminal groups’ finances 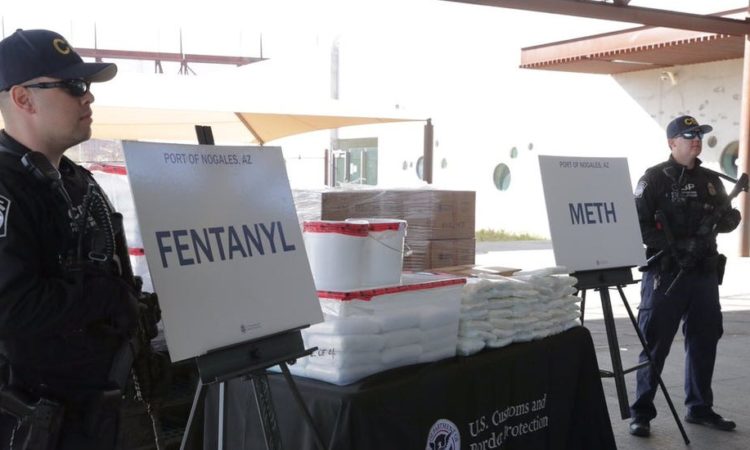 Contacts in China provide Mexican criminal groups with everything from counterfeit luxury goods to chemical precursors for making fentanyl. But with the spread of the coronavirus, shipments from China have dried up and the cartels are feeling the pinch.

In February, it emerged that La Unión de Tepito, which controls much of the sale of counterfeit goods across Mexico City, was facing pushback from businesses who said they could not make extortion payments as they were no longer getting shipments of illegal merchandise from China, MVS Noticias reported.

Since at least 2010, a group within La Unión de Tepito, known as “Los Marco Polos,” has been in charge of going to China with thousands of dollars in cash to secure counterfeit clothes, jewelry and accessories to be sold in the shops and markets of central Mexico City, according to La Silla Rota. This activity is as important economically to La Unión Tepito as drug trafficking, according to MVS Noticias.

But in recent months, Los Marco Polos have been grounded due to the coronavirus lockdowns, unable to travel to China and leaving businesses high and dry without alternative supply routes.

In late January, the criminal group reportedly told shopkeepers that the journeys to China had been suspended. Some of these businesses, angry at paying for products they will not receive on time, have allegedly threatened to stop paying the extortion payments to La Unión de Tepito as a result. This situation is unlikely to change for several months, given the continued spread of the virus.

And this is not the only possible consequence for Mexico’s cartels. The Jalisco Cartel New Generation (Cartel Jalisco Nueva Generación — CJNG) is reportedly also struggling to source chemical precursors from China to make fentanyl, the synthetic opioid which has caused thousands of deaths in the United States and Mexico alike.

On March 5, Mexican radio show Nación Criminal, citing a source within Mexico’s Attorney General’s Office, reported that the coronavirus had suspended the fentanyl supply chain with CJNG’s partners in China that are unable to deliver the precursors.

In response, the source said the CJNG may have to hike its prices and potentially lose clients to other competitors. In 2020, a wide range of criminal groups in Mexico has been contesting for the prized trafficking of fentanyl.

The global lockdown due to the coronavirus appears to be hitting legal and illegal economies equally hard, but it is likely the supply chain troubles of La Unión de Tepito and the CJNG are only the beginning.

Criminal groups across the region will feel the squeeze.

Countries across Latin America are shutting down borders and preventing air travel, which is likely to significantly disrupt criminal economies like drug trafficking, contraband smuggling and human trafficking.

With most aircraft grounded, illicit drug flights that have become a mainstay of drug trafficking in the region may become easier to track.

This situation, set to last for several months, will test the resiliency of criminal structures. Much like legitimate businesses, large groups such as the CJNG, which operate across large areas of territory and across multiple criminal economies, will have a greater capacity to resist the economic slowdown caused by the coronavirus.

But especially in Mexico, where criminals groups have been vulnerable to fragmentation, groups like La Unión de Tepito, focused on one geographical area or reliant on fewer means of income, may struggle.

Yet criminal groups are nothing if not able to find opportunities in a crisis. In Honduras, after the government locked down the borders due to the virus, human traffickers, known as “coyotes,” raised their prices to help people and contraband get in or out of the country illegally, El Diario de Hoy reported.