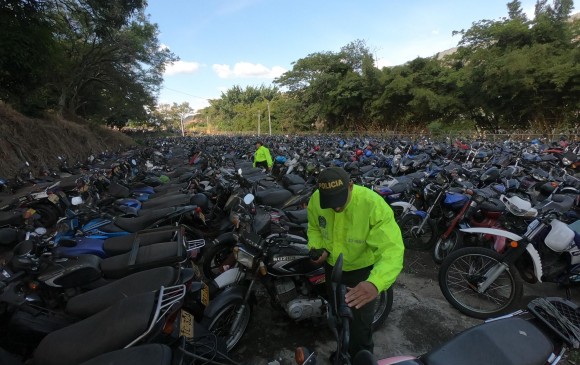 The Metropolitan Police reported that it was able to recover in the last hours a truck and a car, in addition to 6 motorcycles of different cylinders, reported for theft in the Aburrá Valley and valued at 90 million pesos. The vehicles were immobilized in the yards of the Mobility Secretariat.

The identification of which they were stolen was done after the normal background check and papers that are made in this unit. According to the complaints made by those affected, 4 of the vehicles were stolen through the “pulled” mode.

This type of theft is one of the most frequent. It happens when the owners leave their vehicles parked without the minimum security and the criminals steal it without using force. The remaining 2 vehicles recovered were stolen under violent robbery mobility. The crimes were carried out in different parts of the city of Medellín.

Tags :Medellín
share on Facebookshare on Twitter
Changes in Aníbal Gaviria’s cabinet
The complot against Santiago Uribe came to the end