Mayor of Medellín ratifies prohibition of bullfighting in La Macarena 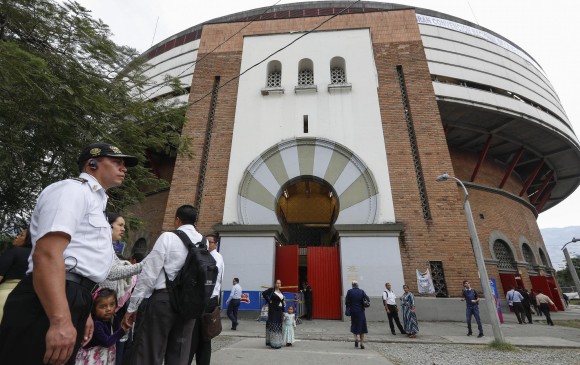 The Mayor of Medellín, Daniel Quintero Calle, announced during his four-year term there will also be no bullfighting seasons at the La Macarena show center.

The president said that today an agreement for animal welfare was signed with the majority partner of La Macarena, the company D’Groupe, which owns 51% of the arena.

“Through an agreement of wills we have guaranteed that bullfights end in Medellín at least for these four years. I am sure that this, at least, is the end of everyone’s runs in the city, ”Quintero said.

The Mayor mentioned that this work is the result of a promise made during his electoral campaign in which he assured that the bullfighting fair and rides would not return, after the demonstrations of environmental groups.

“The good news for those of us who believe that bullfighting is not art, nor culture, and that it is a spectacle of the past that must be put to an end, is that we have reached an agreement so that there are no more bullfights in the city, ”he said.

Quintero added the goal is for La Macarena to become a space for major city events and to achieve significant economic spills, an area that, according to the president is in the process of conversion.

Ricardo Peláez, president of the D’Groupe company, mentioned that they will be working to be able to give news soon about this conversion: “We have always had a very good relationship with our partner, the mayor’s office, and it has been a constant  dialogue in what we consider one way to empower the city. We are working, as the mayor said, to see how we potentiate La Macarena and its surroundings to bring Medellín a space with international characteristics that will continue to fill us with that energy of events ”.

Juan Jiménez Lara, an animal councilman from Medellín, said he celebrates this decision on behalf of hundreds of activists who, year after year, protest peacefully: “For a long time that demand for the bullfights was decreasing, people were less and less. I am very moved, I never thought we would get to this. ”