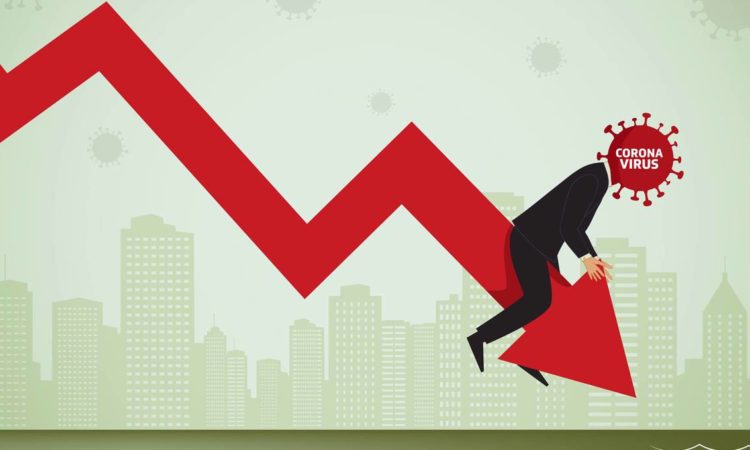 With each passing day, the 2008 global financial crisis increasingly looks like a mere dry run for today’s economic catastrophe. The short-term collapse in global output now underway already seems likely to rival or exceed that of any recession in the last 150 years.

Even with all-out efforts by central banks and fiscal authorities to soften the blow, asset markets in advanced economies have cratered, and capital has been pouring out of emerging markets at a breathtaking pace. A deep economic slump and financial crisis are unavoidable. The key questions now are how bad the recession will be and how long it will last.

Until we know how quickly and thoroughly the public-health challenge will be met, it is virtually impossible for economists to predict the endgame of this crisis. At least as great as the scientific uncertainty about the coronavirus is the socioeconomic uncertainty about how people and policymakers will behave in the coming weeks and months.

After all, the world is experiencing something akin to an alien invasion. We know that human determination and creativity will prevail. But at what cost? As of this writing, markets seem to be cautiously hopeful that a recovery will be fast, perhaps starting in the fourth quarter of this year. Many commentators point to China’s experience as an encouraging harbinger of what awaits the rest of the world.

But is that perspective really justified? Employment in China has rebounded somewhat, but it is far from clear when it will return to anything close to pre-COVID-19 levels. And even if Chinese manufacturing does rebound fully, who is going to buy those goods when the rest of the global economy is sinking? As for the United States, returning to 70% or 80% of capacity seems like a distant dream.

Now that the US has failed miserably to contain the outbreak despite having the world’s most advanced health system, Americans will find it exceedingly difficult to return to economic normalcy until a vaccine becomes widely available, which could be a year or more away. There is even uncertainty about how the US will pull off its November 2020 presidential election.

For now, markets seem to be comforted by massive US stimulus programs, which have been absolutely necessary to protect ordinary workers and prevent a market meltdown. Yet it is already clear that much more will need to be done.

If this were just a garden-variety financial panic, a massive injection of government demand stimulus would absolve a lot of sins. But the world is experiencing the most serious pandemic since the 1918-20 influenza outbreak. If another 2% of the global population were to die this time, the death toll would come to roughly 150 million people.

Fortunately, the outcome probably will not be that extreme, given the radical lockdowns and social-distancing measures that are being adopted worldwide. But until the health crisis is resolved, the economic situation will look exceedingly grim. And even after an economic restart, the damage to businesses and debt markets will have lingering effects, especially considering that global debt was already at record-breaking levels before the crisis began.

To be sure, governments and central banks have moved to backstop broad swaths of the financial sector in a fashion that seems almost Chinese in its thoroughness; and they have the firepower to do a lot more if necessary. The problem, however, is that we are experiencing not just a demand shock but also a massive supply shock. Propping up demand may contribute to flattening the contagion curve by helping people stay locked down, but there is a limit to how much it can help the economy if, say, 20-30% of the workforce is in self-isolation for much of the next two years.

I have not even touched on the profound political uncertainty that a global depression can spark. Given that the 2008 financial crisis produced deep political paralysis and nurtured a crop of anti-technocratic populist leaders, we can expect the COVID-19 crisis to lead to even more extreme disruptions. The US public-health response has been catastrophic, owing to a combination of incompetence and neglect at many levels of governance, including the highest. If things continue the way they are, the death toll in the New York City area alone could rival that of Northern Italy.

Of course, one can imagine more optimistic scenarios. With extensive testing, we could determine who is sick, who is healthy, and who is already immune and thus able to return to work. Such knowledge would be invaluable. But, again, owing to several layers of mismanagement and misplaced priorities stretching back many years, the US is woefully short of adequate testing capacity.

Even without a vaccine, the economy could return to normal relatively quickly if effective treatments can be swiftly implemented. But, absent widespread testing and a clear sense of what will constitute “normal” in a couple of years, it will be difficult to persuade businesses to invest and hire, especially when they are anticipating higher tax bills when it’s all over. And it is possible that stock-market losses so far have been less than those of 2008 only because everyone remembers how values shot back up during the recovery. But if that crisis does turn out to have been a mere dry run for this one, investors shouldn’t expect a quick rebound.

Scientists will know a lot more about our microscopic invader in a few months. With the virus now racing across the US, American researchers will have direct access to data and patients, rather than having to rely only on Chinese data from Hubei province. Only after the invasion is beaten back will it be possible to put a price tag on the economic cataclysm it left in its wake.