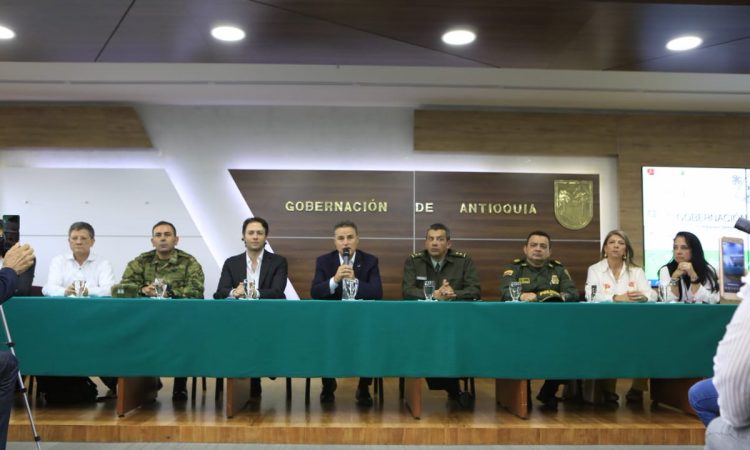 Yesterday,January 2, the first Metropolitan Security Council was performed at the Governor of Antioquia office between Aníbal Gaviria Correa, governor of the department and Daniel Quintero Calle, mayor of Medellín The Council also included the Secretary of Security and General (R) José Gerardo Acevedo Ossa and mayors of the other 9 towns of the Metropolitan Area of ​​Valle de Aburrá, as well as the Military Forces and security agencies. In the meeting, the leaders imposed the challenge of attacking in an articulated way the public order problems, such as homicides and extortion, which have been presented in recent years in the towns of the Metropolitan Area.

During his speech, the governor of Antioquia, Aníbal Gaviria Correa, said that security is a priority topic for the leaders of this sub-region of the department. The governor announced the purpose of building a Comprehensive Metropolitan Security Plan in order to define joint strategies between the different administrative and control institutions.

For his part, Daniel Quintero, the mayor of Medellín said that, despite the concern about the homicides, theft and extortion that have been going on in the city, he hasstrategies to deal with them. In that sense, Quintero talked about an articulated work that will be carried out with the State Attorney and with all the justice bodies. Today in Medellín there are 71 criminal structures.

During the meeting, the leaders agreed to carry out Metropolitan Security Councils on a monthly basis, except for the second, which will be within 15 days in the Mayor’s Office of Medellin and for which two fundamental issues have already been defined.