HomeNewsELN wants to show power they don’t have in Medellin: Police about ELN flag in Pueblito Paisa
News

ELN wants to show power they don’t have in Medellin: Police about ELN flag in Pueblito Paisa 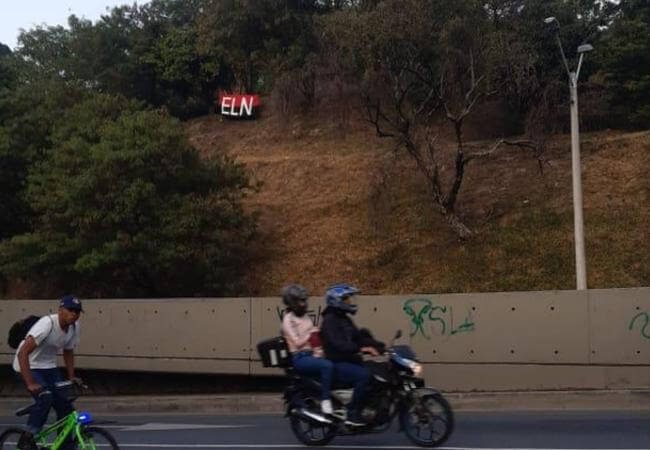 El Pueblito Paisa was the scene of a new ELN terrorist act in Medellin. On one side of the hill, which overlooks the Regional Avenue, a flag of this guerrilla group was hoisted.

Inhabitants of the area and drivers, alerted the police who dismantled the flag, but as it was a tourist place located in the center of Medellin, General Eliecer Camacho, commander of the Aburrá Valley Police, headed to the site.

“Next to the flag we found two explosives packs that were destroyed in a controlled method and now the expert technicians investigate exactly what they contained. The flag was hoisted in a PVC tube with the aim that we had to do the placement of explosives and controlled detonations, to ensure that the flag was longer in place. I’m already in the place and now we have to look for those responsible,” the Camacho general said.

“The ELN do this to create panic. The serious thing is that these are places where tourists come”, said General Camacho who added that “there is a person who is led and it is investigated if it has to do with the facts because there is a witness who claims yes. The ELN wants to show a strength they don’t have in Medellin”.

Through security cameras, police try to identify who installed the ELN flag which is the same armed group stationed in shooting down an electric tower 3 weeks ago on the periphery of the Antioquia capital.