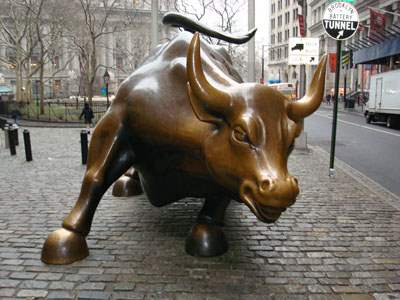 The coronavirus has revealed an economy that has prioritized “growth without virtue.” We have forgotten the lessons of Smith, Tocqueville, and Franklin, who believed the capitalism only functions in a context of moral restraint.

The coronavirus has stopped our society in its tracks. Businesses are closed, daily routines are on hold, and families are huddled together indoors. With the headlines screaming catastrophe—death, depression, and despair—the partisans have retreated to their familiar corners. The socialist Left is hoping to permanently expand the domain of the state, and the libertarian Right is hoping to engineer a quick bailout and return to the “free market.”

But the Marxists and the libertarians—rehashing the dead binaries of the 20th century—are both wrong. Their tired theoretical frameworks do little to explain our current economic crisis, and are even less useful in providing a solution.

Marx, Smith, and the Virus

The Marxist critique of capitalism has always maintained that the bourgeois, the landlord, and the corporation are hoarding the wealth of nations. But within a week of the first coronavirus shutdowns, the great banks signaled the need for trillions in liquidity, the great corporations sent their lobbyists to negotiate federal bailouts, and the great mass of small businesses—with an average cash buffer of 27 days—began to fall like dominoes.

The libertarians, for their part, have elevated “growth” to the status of the highest good. They have forgotten the lessons of Smith, Tocqueville, and Franklin, all of whom recognized that growth without virtue is hardly worth anything at all. As a result, during the coronavirus outbreak, the libertarians have shown themselves to be grotesque Ayn Rand caricatures, with CNBC’s Rick Santelli arguing that “maybe we’d be just better off if we gave [coronavirus] to everybody” and Texas Lieutenant Governor Dan Patrick insisting that grandparents should be willing to sacrifice themselves for the economy.

The Purpose of Growth

Amidst all of the panic, we have lost sight of the critical question: what is the purpose of growth? Since 1950, the United States has nearly quadrupled its per-capita GDP, yet our household, corporate, and government balance sheets are as fragile as ever.

Conservatives can rightly scold the 40% of American households that haven’t prepared for a $400 emergency, but the failures of our airlines, automakers, and banks—the fearsome titans of capitalism—are even worse. Boeing and the airlines spent billions on stock buybacks, but didn’t think to prepare for the next financial crisis. The automakers and the banks, having been bailed out in 2008, appear to have learned nothing, except that moral hazard has become the default policy of the federal government.

Our postwar financial record—unprecedented growth combined with unprecedented profligacy—would have scandalized the early apostles of the liberal economic regime. We have effectively burned away the most useful pages of Tocqueville’s Democracy in America, Smith’s Wealth of Nations, and Franklin’s Way to Wealth, which argued that capitalism only functions in a context of moral restraint. In fact, the entire moral vocabulary of the early liberal thinkers has become a dead language—try persuading anyone under 40 of the value of “industry, frugality, and thrift.”

The sad result is that the American economy has become a suicide pact. The American consumer revs the engine of a new F-450, the American corporation juices up its stock price, and the American government prepares its money-printers at the slightest provocation.

In response to the coronavirus, the proposals from the nation’s battling elites are converging on the absurd: in a single day, the administration’s economic hype-man, Larry Kudlow, proposes a $6 trillion rescue package, and the social justice warriors of the Squad release a plan to mint $1 trillion platinum coins and distribute them to the people.

Fortunately, as the coronavirus meticulously interrupts all aspects of daily life, many regular citizens are beginning to question the wisdom of our current economic arrangement. In quarantined cities, households are beginning to reorganize themselves along traditional lines, even reviving the cottage industries to produce masks and sanitizer. Telecommuters may not want to return to brutal commutes and endless meetings; working mothers are realizing that being home with the kids isn’t as bad as they feared.

While the virus is shaking our foundations, we have an opportunity: to set our sights further and higher. Imagine if instead of asking Americans to “get down to Disney World in Florida,” as President Bush famously advised after 9/11, the ruling class asked every American institution—from the working-class family to the Federal Reserve—to shore up their balance sheets and always be prepared for a downturn.

In Japan, there are nearly 4,000 companies that are more than 200 years old, and a number of companies that have been in continuous operation for a millennium. They have survived war, famine, empire, conquest, disease, and depression. We might take this small reality check as a thought-exercise: what can we do to extend our institutions far into the future? What should our nation look like in a thousand years? And can our existing leaders even imagine it?

Tags :coronavirusEconomy
share on Facebookshare on Twitter
The World Could Be Running Out of Condoms Because of Pandemic
Why is Germany’s coronavirus death rate so low?