HomeNewsXiaomi will open an official store in Medellín
News

Xiaomi will open an official store in Medellín 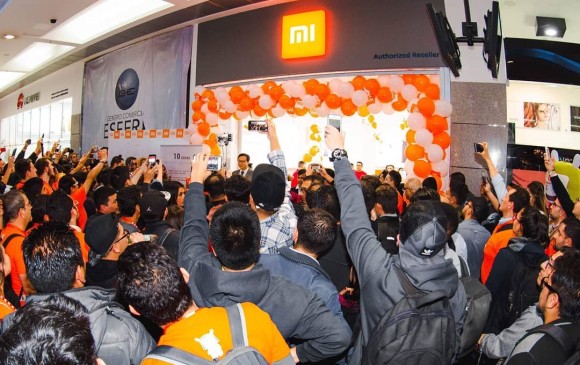 In less than ten years, Xiaomi, the Chinese multinational that manufactures various technological equipment, managed to be among the five brands that most dispatches cell phones and wearables (wearable devices) in the world.

In that top of smartphone companies has been between the fourth and fifth place in the last year, and in the one of the wearables in the position 2. Last year, the company announced that Colombia would be the first country in Latin America to have one of the so-called MI Store stores of the brand, which was opened in Bogotá.

After that they arrived in Mexico and other territories. Now they announced that from this Saturday they will be in Medellin, specifically in the Santafé shopping center, where they built the second Mi Store in the country, the largest one.

EL COLOMBIANO spoke with Gonzalo Hurtado, commercial manager of Xiaomi Colombia, about this opening. This Saturday will open several stores in Latin America, why Medellín? “Here we continue our expansion and it is noteworthy that it is the first city, not capital, in which an MI Store opens.

In Medellín there are very demanding consumers, who seek that this device for which they are paying has a lot of value. Additionally, you can access a portfolio of devices that will bring you closer to the so-called Internet of Things (IoT), mobility, as scooters and lifestyle.

You are a very young brand, they share the top 5 with big competitors such as Samsung, Apple and Huawei. What do you think is your success in the cell phone segment?

“It is true, and we must emphasize that if we focus on products such as wearables, among which there are bands and smart watches, we are also in the first places. That growth has occurred because we provide very good equipment at a very good price, that is our philosophy. We believe that innovation should not cost a lot of money. “

The technology market in Colombia is competitive, some brands have gone up and others have gone down. What is the strategy to be in the top of mind of consumers?

“I think that is happening throughout Latin America, people, increasingly, looking for products that can meet their technological needs but without spending large amounts of money. The market is opening up and competitiveness making the products cost less. There are brands that have large investments in marketing, that money comes out in general from the cost of the products; what Xiaomi does is to try to have an innovative model in which these funds are not used for that purpose, but they are transferred directly to the consumer and that makes it a very good price if compared to other brands “.

When the company had not officially arrived in the country, there were stories of users who believed so much in the brand that they risked buying them online, bringing them from far away regions, now that they will be in the city, with what offer will the users find.

“It’s true, there are people who have been asking for devices that way, the purpose is that people no longer have to resort to those procedures. We want to have the portfolio updated and bring all the global releases as soon as possible. Presentations are normally made in China, so there is a window of time that is reduced more and more, now it is approximately two months. Of course we also invite those who do not know the brand to come to the Mi Store and find out about the four characteristics we focus on: innovation, design (which has given us more than 280 awards), quality and price “.

Since an opening is an important event for you, will there be something special for the users?

“Yes, we ask people to follow us through our official networks in Colombia so that they are aware of the activities that we will carry out. We are very excited and we hope to receive a very warm welcome. “