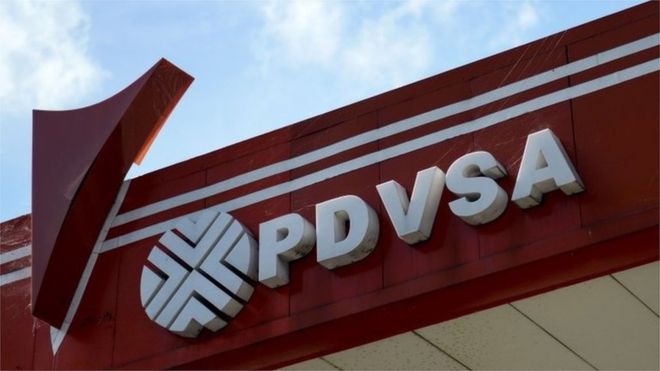 A judge in Andorra has charged 29 Venezuelans with corruption – among them two former deputy ministers.

Prosecutors allege that they were part of a network of corrupt officials who received $2.3bn (£1.8bn) in bribes from companies in return for lucrative contracts with Venezuela’s state-run oil company, PDVSA.

They allegedly hid the money in the Banca Privada d’Andorra (BPA) bank.

BPA is defunct after it was named as a “primary money-laundering concern”.

Judge Canòlic Mingorance in Andorra, a tiny financial haven located between France and Spain, charged the Venezuelans with taking kickbacks of up to 15% to facilitate contracts with PDVSA, Spanish daily El País reports [in Spanish].

The list of those charged includes Diego Salazar, who is the cousin of former oil minister Rafael Ramírez, as well as two men who served as deputy energy ministers in the government of Hugo Chávez. They are Nervis Villalobos and Javier Alvarado.

There has been no comment so far from those charged.

The network they allegedly formed part of is thought to have taken $2.3bn in bribes between 2007 and 2012.

The money was then laundered and hidden in Andorra’s BPA bank before some of it was transferred into tax havens, prosecutors say.

BPA was accused in 2015 by the US treasury of helping organised crime groups launder money. The Andorran authorities ended up seizing its assets.

Judge Mingorance has been investigating the case since 2012. She alleges that the accused “joined forces to take control of PDVSA’s public tendering as well as energy infrastructure projects run by PDVSA’s subsidiaries, Corpoelec and Electricity of Caracas”.

Critics of the current Venezuelan government of President Nicolás Maduro and that of his predecessor, President Chávez, have long suspected that officials misappropriated government funds.

On Monday, US treasury official Marshall Billingslea accused President Maduro of “rapacious corruption” and of operating “a kleptocracy”.

A number of other high-ranking government officials have had sanctions placed on them and had their assets frozen. Among them is Industry Minister Tarek El Aissaimi, who has been blacklisted by the US for alleged drug trafficking.

Venezuela’s government says it is being attacked by “imperialist foes”. It blames US sanctions for the dire state of Venezuela’s economy, and the poor performance of PDVSA.

share on Facebookshare on Twitter
EL Salvador’s ex-leader Antonio Saca gets 10 years in jail
Chile Church scandal: ‘How I escaped the priest who abused me for decades’