HomeLiveTatacoa desert: One of Colombia’s most magical places, especially at night
Live

Tatacoa desert: One of Colombia’s most magical places, especially at night 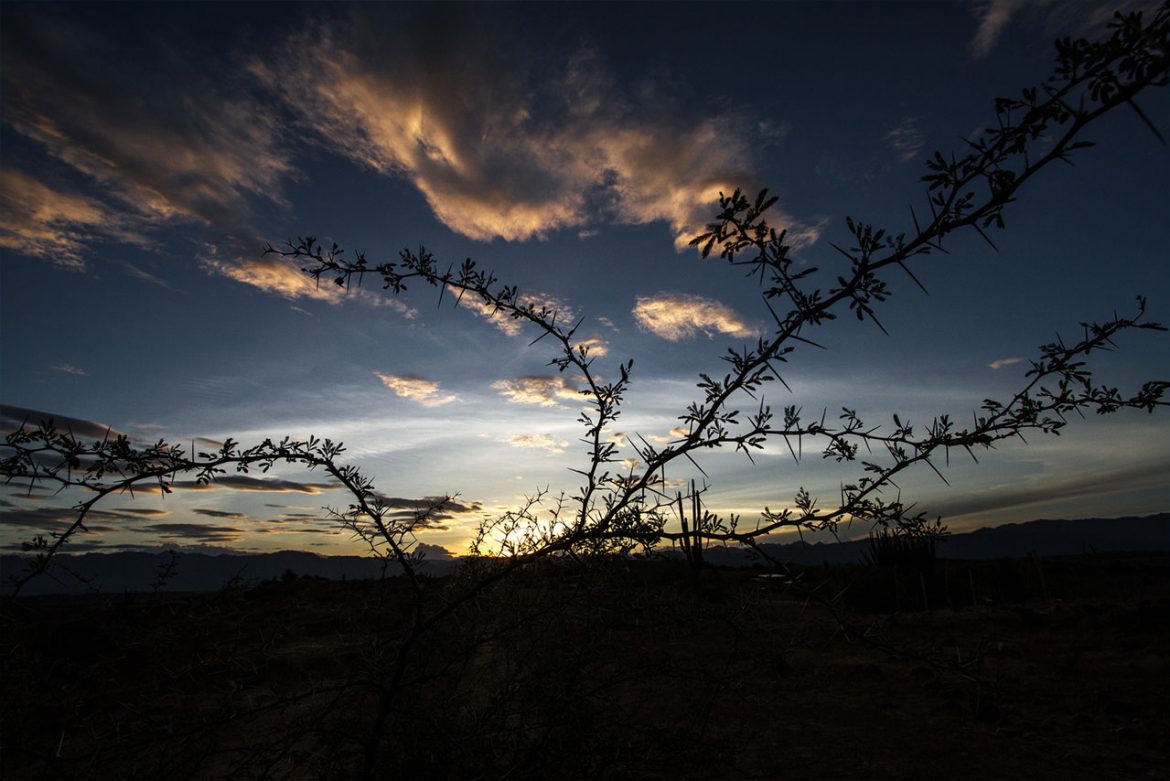 The Tatacoa desert in central Colombia was virtually off-limits for tourists for decades because of the armed conflict. It is safe to visit now, and well worth the trip, especially for stargazers.

Tatacoa, also called “The Valley of Sorrows,” is the country’s second-largest arid region after La Guajira, Colombia’s most northern province. 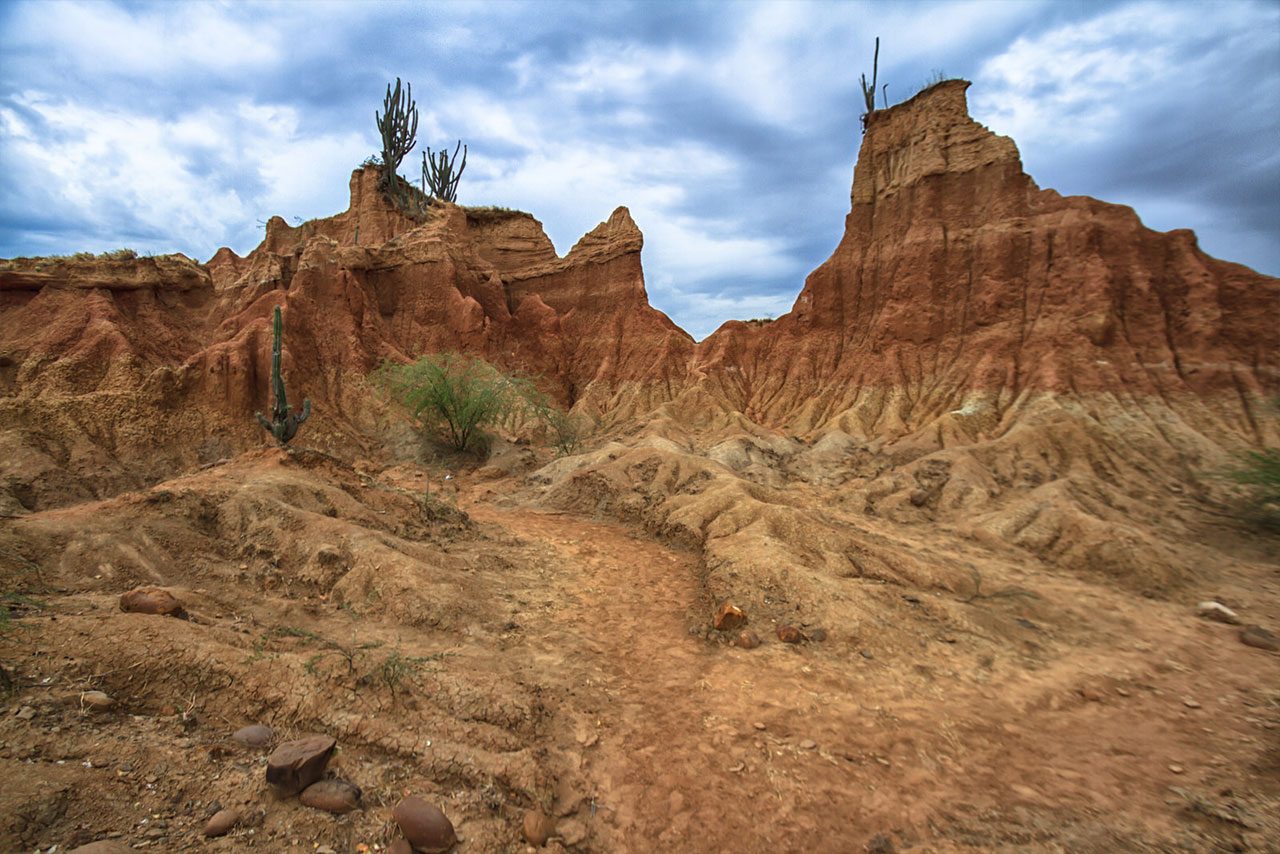 The desert lies in the southwestern Huila province, some 20 miles north of the provincial capital Neiva. From Bogota, it takes between six or seven hours by car or bus.

Tatacoa got its name in 1538 when Spanish conquistador Gonzalo Jimenez discovered the area and named it after the speckled worm lizards he found there.

The desert, or tropical dry forest really, is a paleontologist’s wet dream because of its abundance of fossils, some dating back hundreds of millions of years.

Many of the desert’s unique rocks were shaped in the middle Miocene age, some 12 million years ago, when the now-arid region was rich in water.

Geologists estimate that the oldest rocks in the desert are more than 250 million years old and are ancient calcium deposits from the Palaeozoic Age. 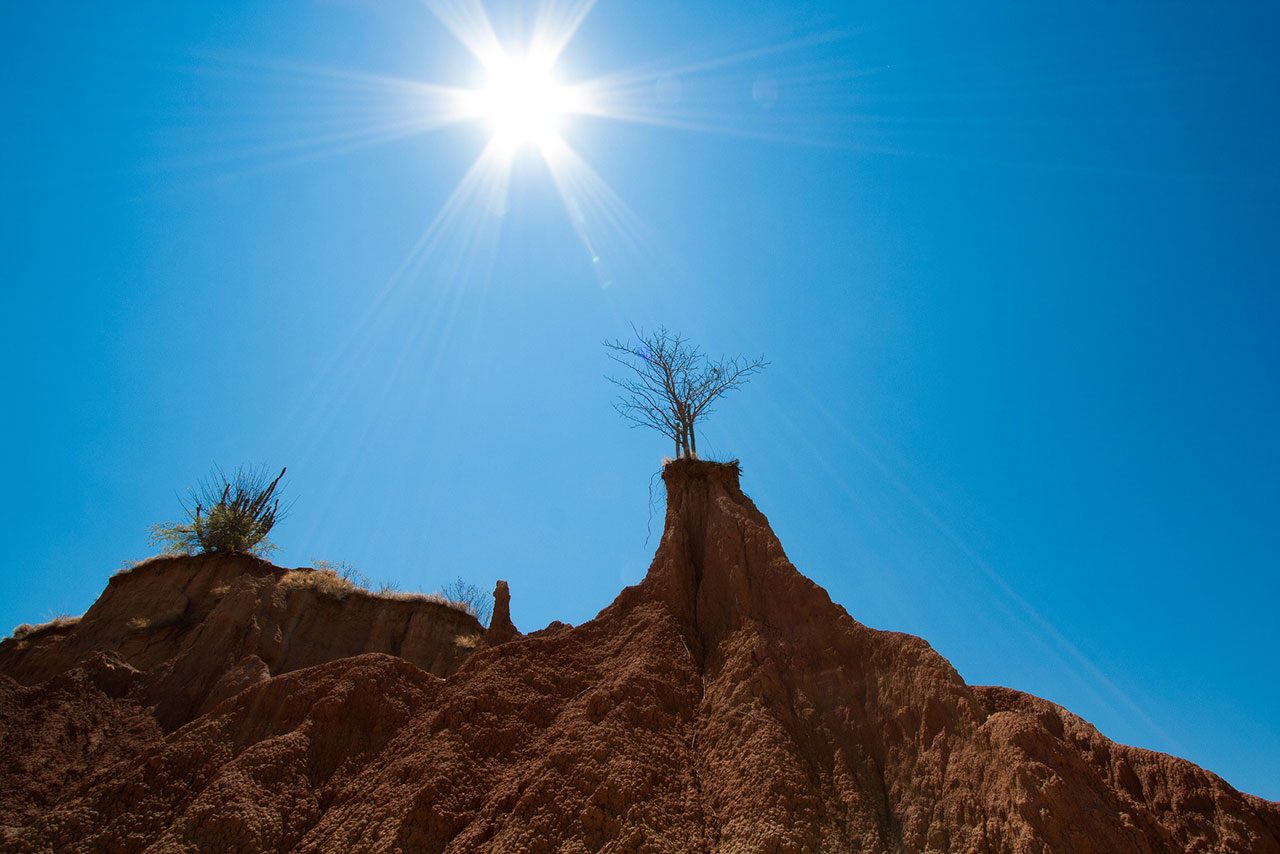 Tatacoa is approximately 125 square miles in size, making it virtually impossible for a visitor to explore the entire desert in a day. But staying just one day would make you miss one of its most spectacular features: the sky.

Once the blistering sun has gone down and the sky opens up, stargazers can enjoy one of the most clear views of the universe in Colombia.

Desert campsites cost only a few dollars a night and the nearby village of Villavieja has hotels for those who want more luxury. 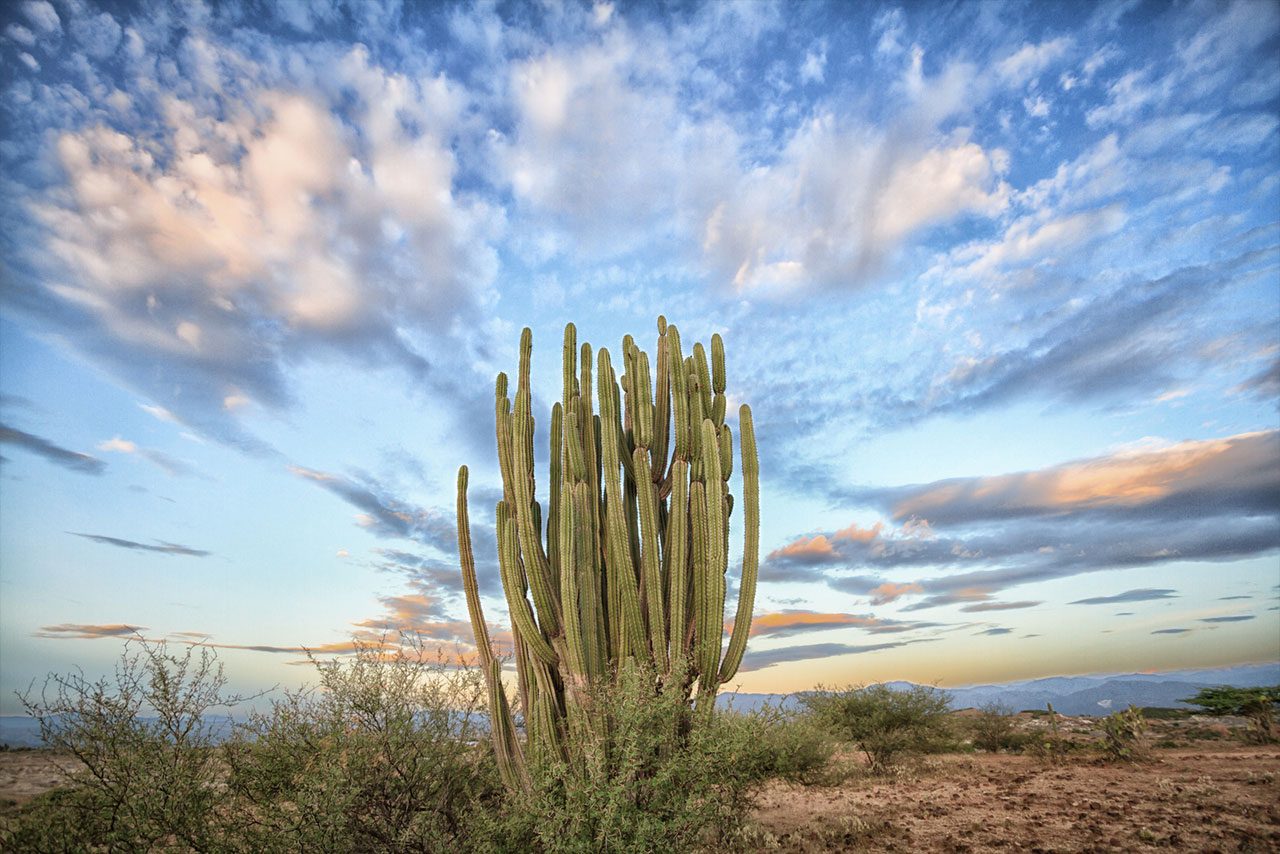 The drought makes the Tatacoa desert hostile to most plant and animal life, but not all.

Some of the cacti and trees that can be found in the deserts have roots that find water up to 100 feet below the surface.

Snakes, spiders and scorpions thrive in the dry area, and even some mammals like wildcats and rodents have made Tatacoa their home. 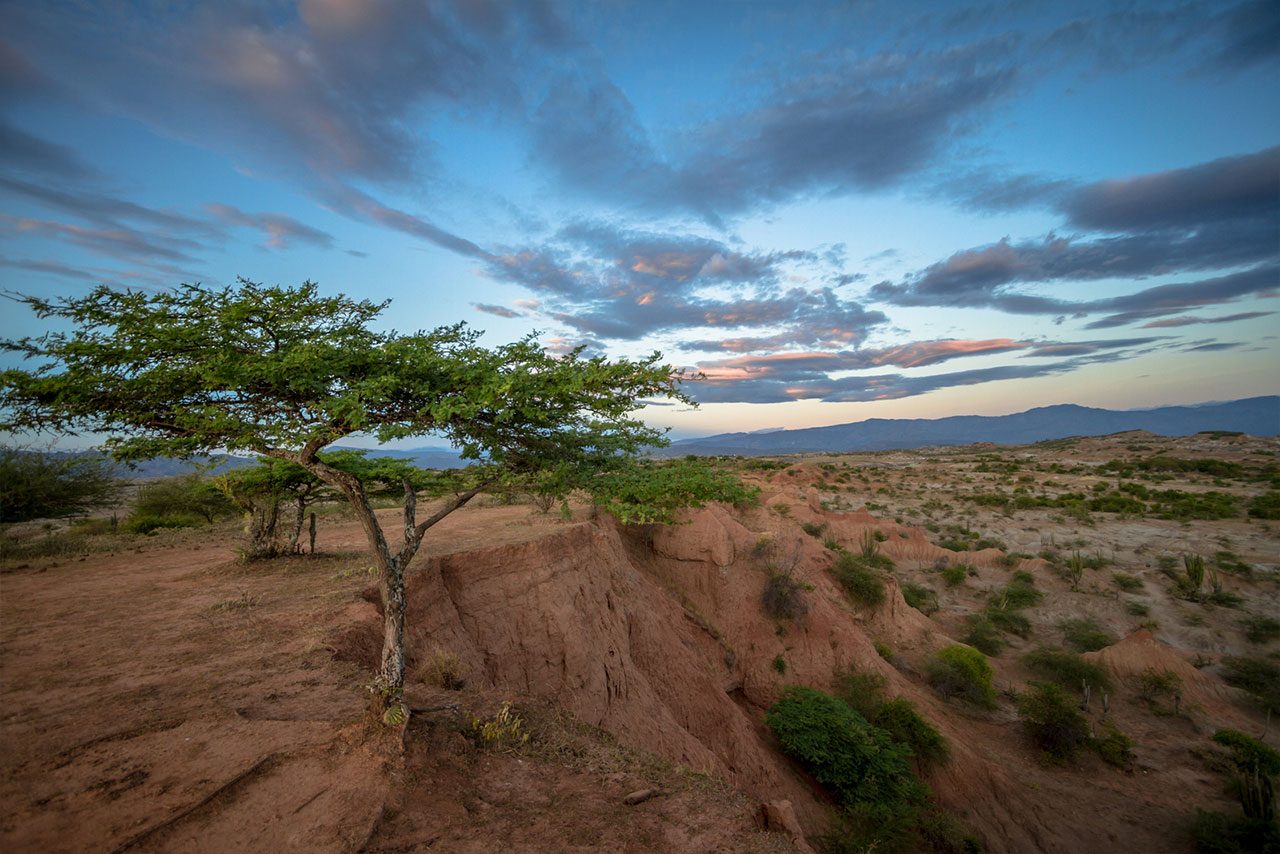 The desert’s distance from the country’s major cities make it hard to reach, but that’s exactly one of the reasons to make the effort, especially for those who enjoy silence, paleontology or starry nights. 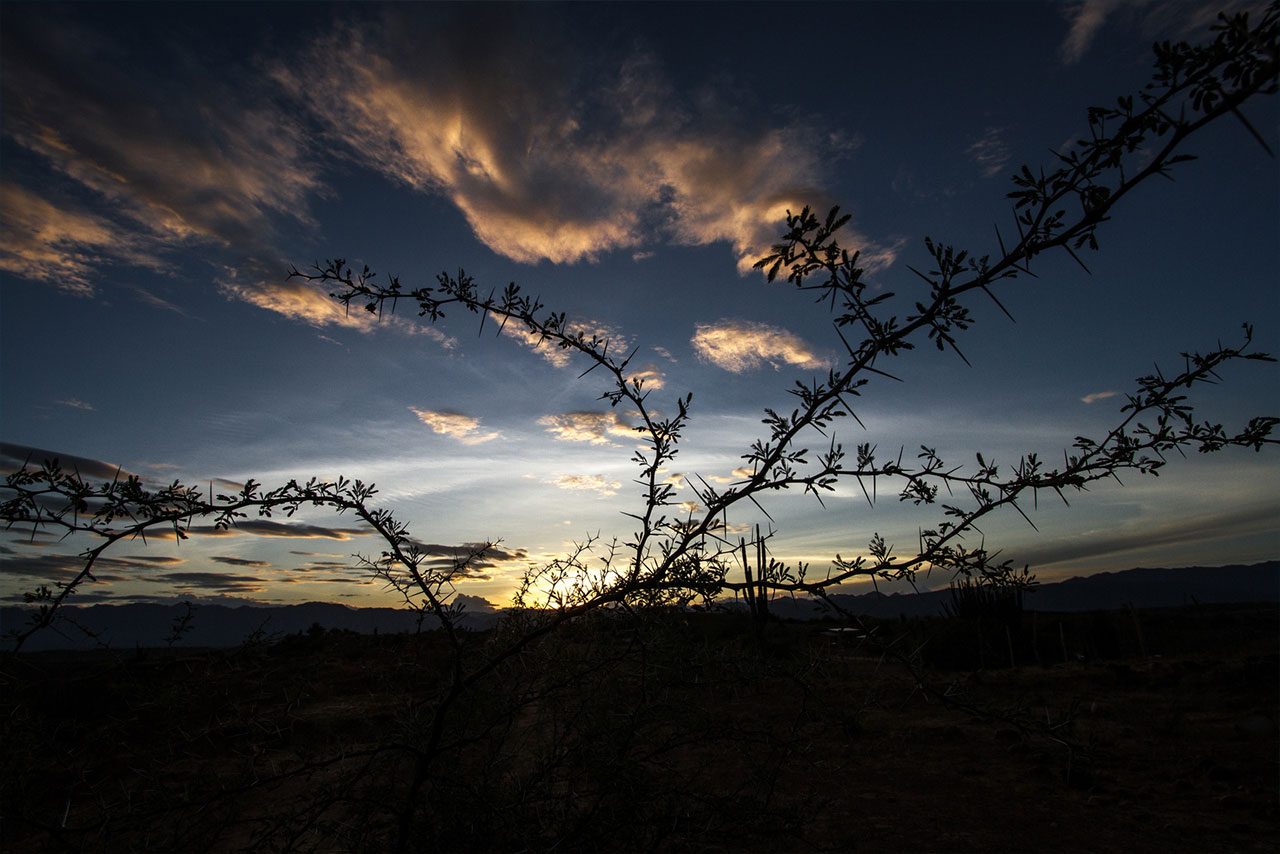