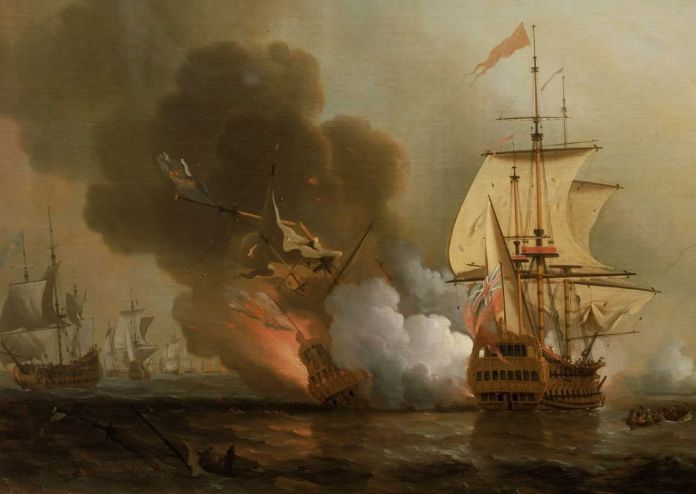 A sunken ship carrying billions of dollars in treasure is now one step closer to rising from the murky depths off the Colombian coast.

Outgoing Colombian President Juan Manuel Santos announced on Friday the tender to recover the Spanish galleon San José will be awarded next week after courts ruled in favour of the government’s retrieval plan.

The President, who will leave the top job in four days, said interested parties will have until August 10 to submit their proposal for salvaging the 17th century ship and its expected loot of gold, silver, emeralds and jewellery. This means the remainder of the retrieval process will be overseen by the incoming government of Iván Duque.

“Today, the recruitment process of the public-private Partnership will be reactivated, which will carry out what will undoubtedly be the most important scientific expedition in the world in submerged cultural heritage,” Santos said.

Called the “holy grail of #shipwrecks,” the Spanish galleon San José was carrying a #treasure of 3silver, #gold, and emeralds worth billions of dollars today. The galleon sunk after a battle with British ships off the coast of Cartagena, Colombia, in 1708. https://t.co/UFMfnRQFHn pic.twitter.com/EMzrWAUFsy

The President’s comments come after a recent court challenge to Colombia’s proposed partnership between public and private parties to recover the shipwreck. A claimant argued that the rescue was a threat to the rights of Colombians as some assets from the ship were to be delivered to the winning company as part of payment.

However, the Administrative Tribunal of Cundinamarca ruled late last month in favour of the government and the legitimacy of the public-private Alliance. Santos welcomed the court ruling and said it agreed with the decision and that the public-private Partnership was “in accordance with the law.”

Under the terms of the proposed contract, the winning company would be responsible for salvaging the wreck and building a museum in Cartagena to showcase the discovery, the Miami Herald reported. In exchange, they would be entitled to 50 percent of all the treasure not considered “national patrimony” — which included unique artwork and historically significant pieces.

According to Semana, the Ministry of Culture intends to award the tender to Swiss company Maritime Archaeology Consultants.
What lies beneath?
The San José was a 64-gun, 3-masted galleon of the Spanish Navy launched in 1698. The ship, carrying six years’ worth of accumulated treasure from Latin America back to Spain, was attacked by a British squadron en route from Portobelo, Panama to Cartagena, Colombia on June 8, 1708.

The ship’s powder magazines detonated during the battle to sink the ship and its precious cargo. Only eleven of the 600 crew survived.

The whereabouts of the San José remained unknown until it was located by the Woods Hole Oceanographic Institution (WHOI) in November 2015, with its discovery launching a furious debate over ownership between Colombia, Spain and UNESCO.

A video survey of the wreck was undertaken in 2016 with images revealing Chinese pottery, brass cannons and other artifacts under the ocean. The booty of San José is worth a reported $17 billion.

The ship lay somewhere off the coast of Cartagena, but the exact resting place of the San José remains a classified state secret.

share on Facebookshare on Twitter
They fled Venezuela and died far from home. This woman gives them a proper burial.
Massive explosion reported at Bologna airport in Bologna, Italy. Developing…