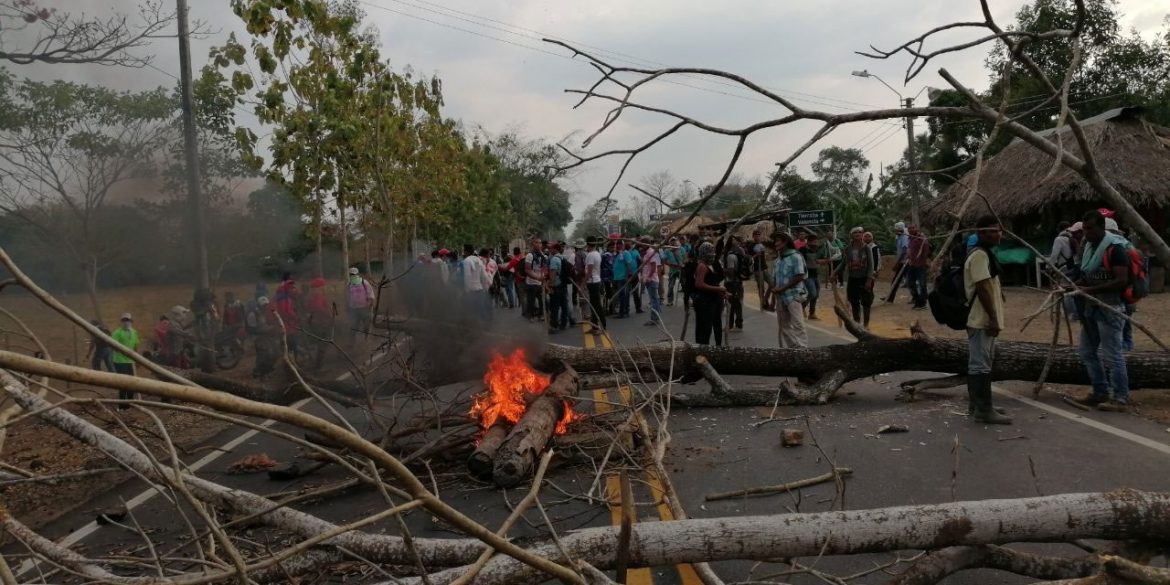 Farmers have clashed with riot police in northern Colombia, with 400 demonstrating against government failures to help change farms from coca, the base ingredient for cocaine, to legal crops.

Farmers from the Alto Sinu region in the Cordoba province have been taking part in a crop substitution program which forms part of Colombia’s peace process.

But some 3,500 families have been left in the lurch without the promised economic aid or security measures for almost two years, according to the Campesino Association for Development (ASODECAS). This has left many with little choice but to return to growing illicit coca crops.

Protesters have agreed to remove their roadblock on the condition that a meeting is held with the government to advance this substitution effort, including a meeting with Emilio Archila, presidential adviser for Post-Conflict. The meeting is expected to be held next week, and protesters have announced their intention to continue living in roadside camps until such action is taken.

Initiatives that give technical assistance to farming families in underdeveloped regions to help them switch from illicit to legal crops were an element of the peace accords signed with the FARC.

Since May 2017 when this scheme began, 33,000 hectares of coca cultivation have been eradicated in this way.

There are now 124,000 families associated with voluntary substitution programs, as part of this National Program for the Substitution of Illicit Use Crop, or PNIS.

The government of President Ivan Duque stressed that in the first four months after it took office last year, police, the military and farmers have eradicated more coca cultivation than had been eradicated in the six months before.

The voluntary substitution of crops, which is seen as most effective by the United Nations and local experts, can barely count on the support of the governments of Colombia and the United States, who have long preferred forced eradication.

share on Facebookshare on Twitter
US aid for Venezuela contained “tools used in violent action”
Middle class on minimum wage? Colombia’s debate on wealth and class