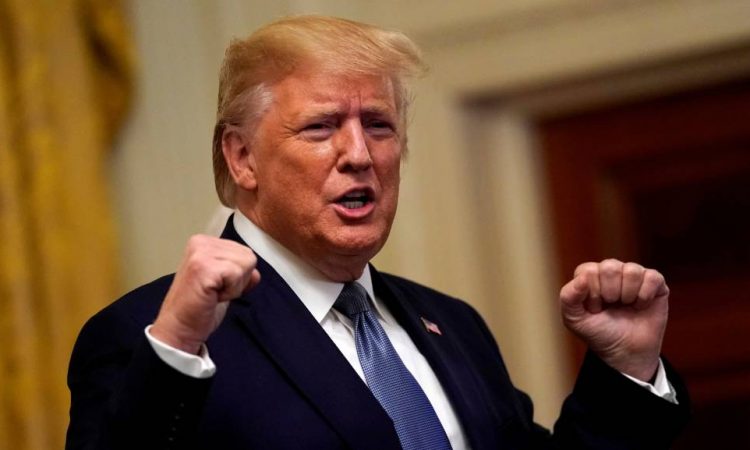 On Wednesday night, the House voted to pass both of its two articles of impeachment brought against President Donald Trump. The first — one charging the president with abusing his power — passed 230-197, with two Democrats voting no and one, Rep. Tulsi Gabbard (D-HI), voting present. Gabbard is currently running for the Democratic nomination for president.

The second article the House adopted accuses Trump of obstructing Congress. The final vote on Article 2 was 229-198, with three Democrats voting no and Gabbard again voting present. Both are tied to the Ukraine scandal and Trump’s urging of the Ukrainian president to investigate his political rival, former Vice President Joe Biden, and his son, Hunter.

It has taken nearly a year to get to this point. While House Democratic leaders were at first extremely hesitant to wade into an impeachment inquiry, that changed when new revelations about Trump and Ukraine were raised. After a slow march toward opening a formal inquiry, House Democrats have finished proceedings before Christmas. Now, the process will move to the Republican-controlled Senate.

“Democrats did not rush to judgment, Democrats did not embrace impeachment at its first opportunity,” House Majority Leader Steny Hoyer told reporters Tuesday, pointing out that the vast majority of House Democrats didn’t vote for earlier impeachment bills brought forward by progressive members. It was only after a whistleblower’s complaint became public and the Ukraine scandal broke that the tide turned, both for moderate Democrats and for leadership.

Only two other US presidents have been impeached: Andrew Johnson in 1868 and Bill Clinton in 1998. Richard Nixon resigned from office in 1974 before he could be formally impeached.

Few Democrats defected from their party, save for moderate Rep. Jeff Van Drew (NJ), who recently announced he plans to switch parties and become a Republican. Van Drew was joined by longtime moderate Rep. Collin Peterson (D-MN) and at least partially, Maine Rep. Jared Golden, who said he planned to vote for the abuse of power article, but against the article on obstruction of justice. Independent Rep. Justin Amash (MI), a former Republican, voted in favor of the first article of impeachment, and was invoked by Hoyer during a somber speech ahead of the first vote as someone beholden to neither party, and taking a purely principled stance.

Trying to extend the vote longer, many House Republicans chose to vote red paper ‘no’ ballots to be counted during the first vote, rather than the usual electronic method. But they weren’t alone; House Speaker Nancy Pelosi filled out her own green ballot signifying a yes vote, and brought it to the clerk.

Just because the House impeached Trump doesn’t mean he’ll be removed from office — in fact, it’s highly unlikely. At least 67 members of the Senate would have to vote to convict him on at least one of the impeachment articles for him to be ousted from the White House. It’s improbable that 20 GOP senators will vote against the president.

The House Judiciary Committee approved a resolution to formally launch an impeachment inquiry on September 12, and on September 24, House Speaker Nancy Pelosi announced the House would officially move forward with the inquiry. The catalyst was a whistleblower complaint filed against the president about his communications with the Ukrainian president.

The House Intelligence Committee then undertook an investigation into the matter, including public testimony from multiple witnesses, and put forth an impeachment report on December 3. The Judiciary then conducted hearings of its own, drew up articles of impeachment, and released a lengthy report on Trump’s impeachment.

Beyond the argument for the two articles of impeachment, the report also laid out other allegations against the president, including that he committed bribery and wire fraud. As Vox’s Andrew Prokop explained, it’s a way for Democrats who wanted the scope of the impeachment articles to be broader to still make an expanded case:

It may seem odd to relegate these accusations of presidential lawbreaking to a relatively brief section, more than 100 pages into a 169-page report. But they may have done so because they don’t want to leave the misimpression that criminal conduct by Trump must be proven to justify a vote for impeachment.

In the end, the report lets Democrats have it both ways. They may have dropped the contested “bribery” language from their actual articles of impeachment on which members will vote. But they’re now also arguing that Trump’s not off the hook for bribery, either.

“Taken together, the articles charge that President Trump has placed his personal, political interests above our national security, our free and fair elections, and our system of checks and balances,” the report reads. “He has engaged in a pattern of misconduct that will continue if left unchecked. Accordingly, President Trump should be removed from office.”

Impeachment now goes to a trial in the Senate, where the president is all but sure to be acquitted, given the state of partisan affairs.