HomeLiveParaguay and Israel in spat over Jerusalem embassy
Live

Paraguay and Israel in spat over Jerusalem embassy 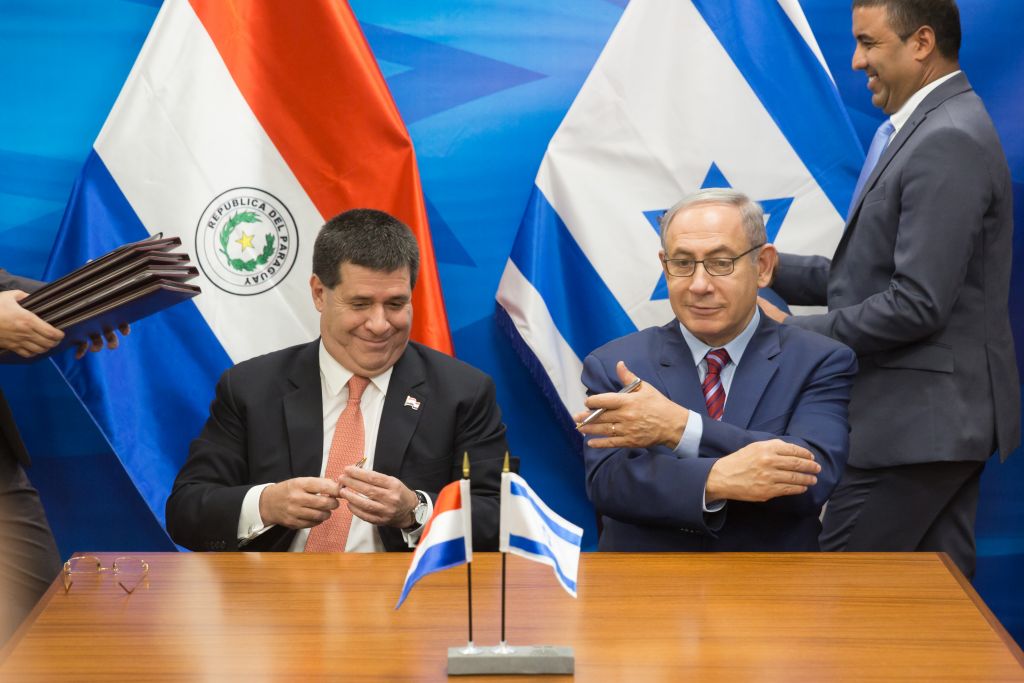 Paraguay’s new government has announced that it will move its embassy in Israel back to Tel Aviv – just three months after shifting it to Jerusalem.

President Mario Abdo Benítez, who was sworn in last month, said he wanted to help achieve “a just and durable peace” in the Middle East.

In response, Israel said it would close the Israeli embassy in Paraguay.

Why all the moving around?

Paraguay’s previous leader, Horacio Cartes, decided to move the embassy in Israel in May, shortly after US President Donald Trump did the same.

Mr Abdo Benítez was president-elect at the time, and made clear that he did not agree with the decision. 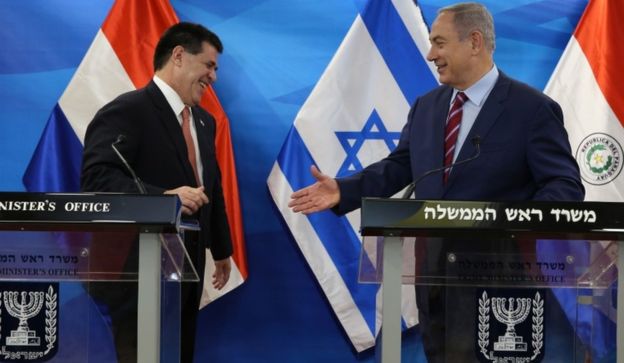 Mr Trump had unveiled the new US stance in December 2017, declaring that he recognised Jerusalem as the capital of Israel.

He said he had “judged this course of action to be in the best interests of the United States of America, and the pursuit of peace between Israel and the Palestinians”.

Guatemala then confirmed it would also make the shift to Jerusalem, and the Czech Republic reopened its honorary consulate in the city.

Why is the status of Jerusalem so contentious?

Because it goes to the heart of the Israeli-Palestinian conflict.

Mr Trump’s decision to recognise Jerusalem as Israel’s capital and move the US embassy was denounced by the Palestinians, who said it showed the US could not be a neutral mediator.

UN member states also voted decisively at the General Assembly in favour of a resolution effectively calling the US declaration “null and void” and demanding it be cancelled.

Israel regards Jerusalem as its “eternal and undivided” capital, while the Palestinians claim East Jerusalem – occupied by Israel in the 1967 Middle East war – as the capital of a future state.

Israeli sovereignty over Jerusalem has never been recognised internationally, and according to the 1993 Israel-Palestinian peace accords, the final status of Jerusalem is meant to be discussed in the latter stages of peace talks.

Since 1967, Israel has built a dozen settlements, home to about 200,000 Jews, in East Jerusalem. These are considered illegal under international law, though Israel disputes this.