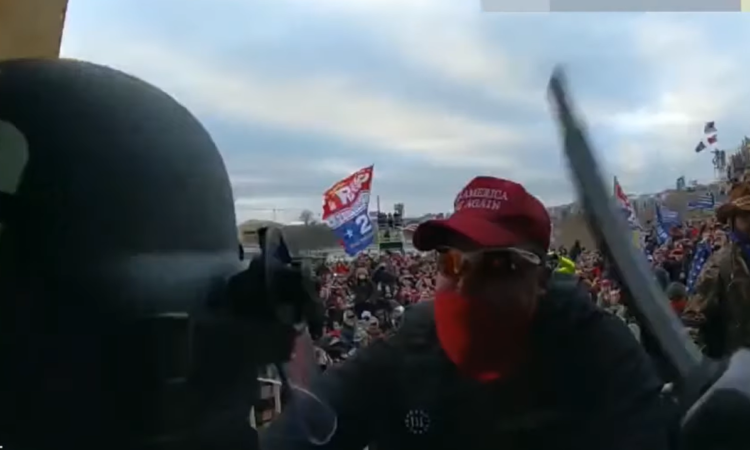 The FBI’s Washington Field Office has released two new videos of suspects in violent assaults on federal officers during the riots at the U.S. Capitol on January 6, 2021, and is seeking the public’s help to identify them. The two new videos depict suspects #106 and #134, who are seen in the new videos forcefully attacking law enforcement officers.

In the new videos, suspect #106 is shown attempting to rip off an officer’s gas mask, then picking up a tactical baton and hitting officers with it. Suspect #134 is seen punching officers while wearing gloves with metal knuckles.

More footage can be found HERE.