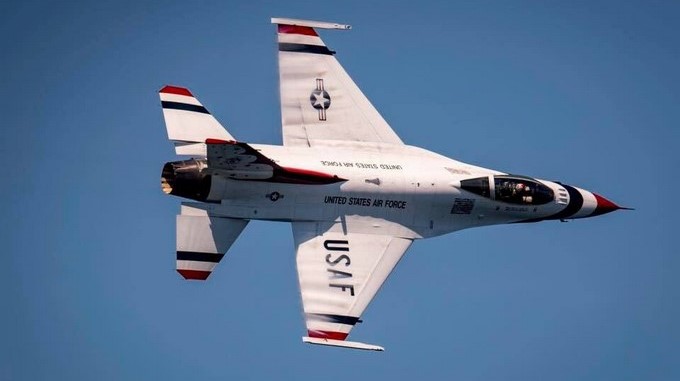 In the José María Córdova airport, in Rionegro, the air force Kfir aircraft, the Arpía helicopters and the B52 Stratofortress bomber in the United States deployed their entire repertoire this weekend at the aeronautical fair (F-Air 2019). It was also a special celebration: the centenary of the Colombian Air Force, which was adorned with the thunderbirds acrobatic show.

Yesterday, the last day of the fair, the program closed at 3:00 p.m. with this American fleet that did not come to the country since 1969 and that flew over, as they did also on Saturday, the eastern sky of Antioquia. Colonel Arnaud Penent d’Izarn, director of F-AIR Colombia, pointed out that there was a growth in the number of attendees with respect to last year.

On Saturday, for example, they recorded the entrance of 22,500 spectators. According to preliminary statistics, Penent said, this year some 60,000 people attended the program. Among the novelties of this version, the colonel highlighted, is the presence of Iván Duque Márquez, president of Colombia, as well as the transport and defense ministers, who accompanied a private ceremony at the headquarters of the Combat Air Command No. 5. “I have to highlight the audience, it was bursting. We are proud of the articulated work and we hope that the next F-Air, in two years. be in Rionegro, “he said.

From the morning of Saturday began the congestion in the route Las Palmas, which extended until the outskirts of the airport and in the income to the F-Air. Some citizens expressed their disagreement with the logistics of the event, which also presented problems on Sunday.

Juan Fernando Sánchez, one of the assistants, told EL COLOMBIANO that he has attended the Fair in his last four versions and that yesterday was the first time he had to make a row of “almost seven kilometers”, where the absence was evident of personnel who could control the situation.

“Yesterday I arrived from 8:00 a.m. and I missed two shows. It’s the first time I spent more than an hour at the entrance, “he said. Sanchez coincided with Daniel Gómez and Andrés Arango, who reported their case through social networks: “Disaster in the organization, complete chaos in the income. More than four hours in a row, “said Gómez.

“We gave up. We buy tickets online and we stay with them bought as we chose to return to see the disorganization and the row exaggeratedly long, “said Arango. In this regard, the colonel indicated that there were problems in the coordination, “not by us, but because people did not review what were the routes, or the mobility plan.” Pernent concluded that this is one of the points to improve for the next fair in 2021.