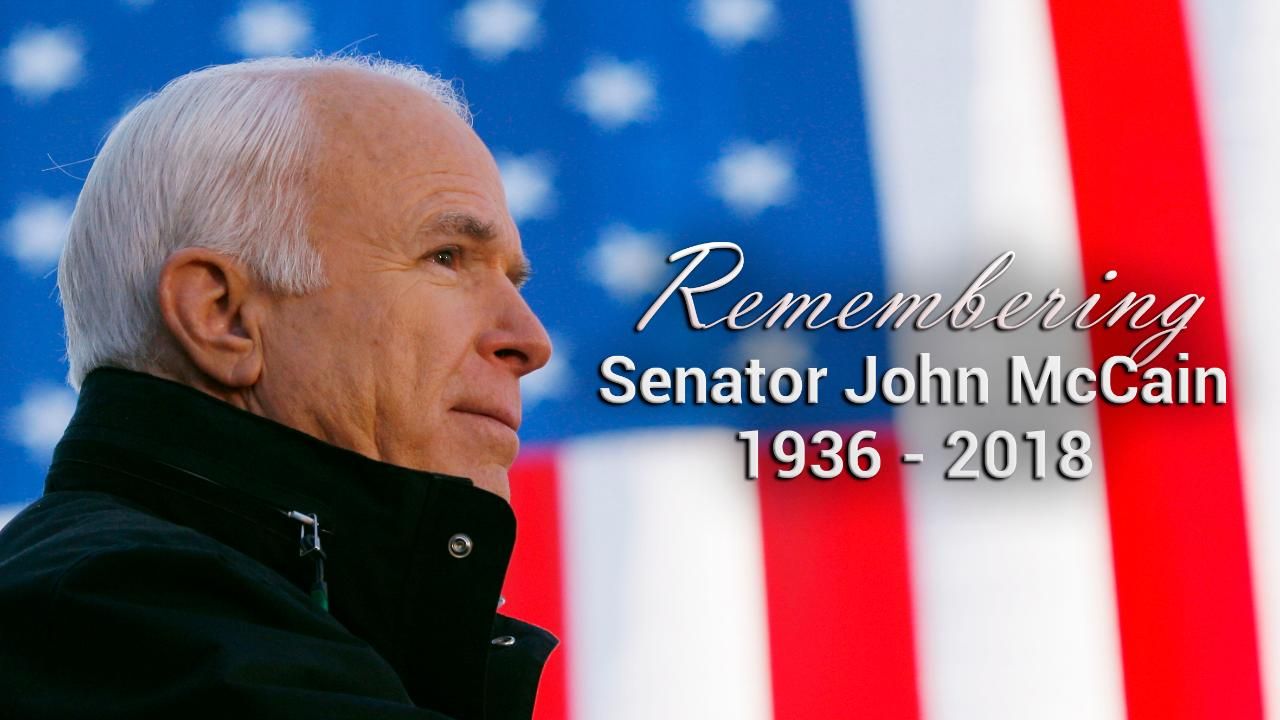 John S. McCain, the proud naval aviator who climbed from depths of despair as a prisoner of war in Vietnam to pinnacles of power as a Republican congressman and senator from Arizona and a two-time contender for the presidency, died on Saturday at his home in Arizona. He was 81.

According to a statement from his office, Mr. McCain died at 4:28 p.m. local time. He had suffered from a malignant brain tumor, called a glioblastoma, for which he had been treated periodically with radiation and chemotherapy since its discovery in 2017.

Despite his grave condition, he soon made a dramatic appearance in the Senate to cast a thumbs-down vote against his party’s drive to repeal the Affordable Care Act. But while he was unable to be in the Senate for a vote on the Republican tax bill in December, his endorsement was crucial, though not decisive, in the Trump administration’s lone legislative triumph of the year.

A son and grandson of four-star admirals who were his larger-than-life heroes, Mr. McCain carried his renowned name into battle and into political fights for more than a half-century. It was an odyssey driven by raw ambition, the conservative instincts of a shrewd military man, a rebelliousness evident since childhood and a temper that sometimes bordered on explosiveness. 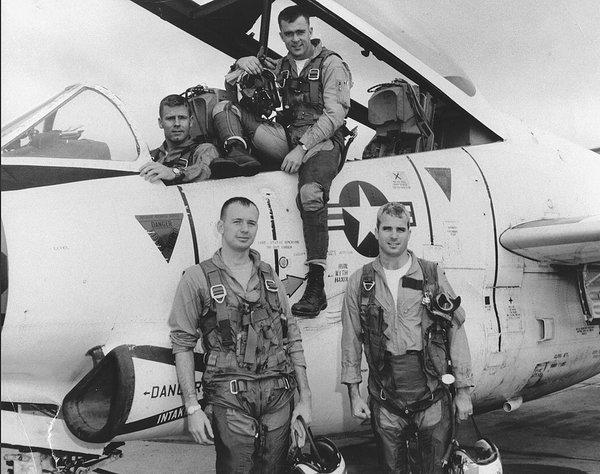 Mr. McCain, bottom right, in 1965 with his Navy squadron. While in the Navy, he was cocky and combative and resisted discipline.

Nowhere were those traits more manifest than in Vietnam, where he was stripped of all but his character. He boiled over in foul curses at his captors. Because his father was the commander of all American forces in the Pacific during most of his five and a half years of captivity, Mr. McCain, a Navy lieutenant commander, became the most famous prisoner of the war, a victim of horrendous torture and a tool of enemy propagandists.

Shot down over Hanoi, suffering broken arms and a shattered leg, he was subjected to solitary confinement for two years and beaten frequently. Often he was suspended by ropes lashing his arms behind him. He attempted suicide twice. His weight fell to 105 pounds. He rejected early release to keep his honor and to avoid an enemy propaganda coup or risk demoralizing his fellow prisoners.

He finally cracked under torture and signed a “confession.” No one believed it, although he felt the burden of betraying his country. To millions of Americans, Mr. McCain was the embodiment of courage: a war hero who came home on crutches, psychologically scarred and broken in body, but not in spirit. He underwent long medical treatments and rehabilitation, but was left permanently disabled, unable to raise his arms over his head. Someone had to comb his hair.

His mother, Roberta McCain, Navy all the way, inspired his political career. After retiring from the Navy and settling in Arizona, he won two terms in the House of Representatives, from 1983 to 1987, and six in the Senate. He was a Reagan Republican to start with, but later moved right or left, a maverick who defied his party’s leaders and compromised with Democrats

He lost the 2000 Republican presidential nomination to George W. Bush, who won the White House.

In 2008, against the backdrop of a growing financial crisis, Mr. McCain made the most daring move of his political career, seeking the presidency against the first major-party African-American nominee, Barack Obama. With national name recognition, a record for campaign finance reform and a reputation for candor — his campaign bus was called the Straight Talk Express — Mr. McCain won a series of primary elections and captured the Republican nomination. 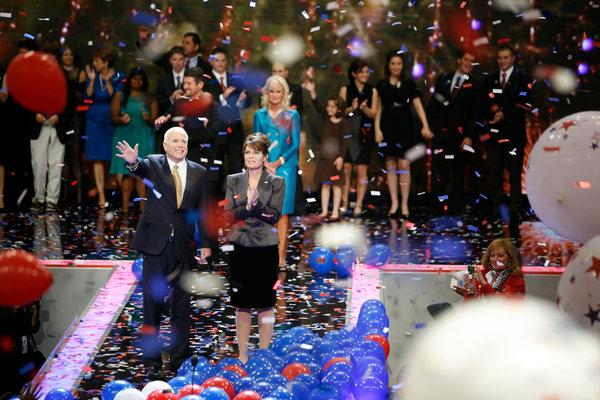 But his selection of Gov. Sarah Palin of Alaska as his running mate, although meant to be seen as a bold, unconventional move in keeping with his maverick’s reputation, proved a severe handicap. She was the second female major-party nominee for vice president (and the first Republican), but voters worried about her qualifications to serve as president, and about Mr. McCain’s age — he would be 72, the oldest person ever to take the White House. In a 2018 memoir, “The Restless Wave: Good Times, Just Causes, Great Fights and Other Appreciations,” he defended Ms. Palin’s campaign performance, but expressed regret that he had not instead chosen Senator Joseph I. Lieberman, a Democrat-turned-independent.

At some McCain rallies, vitriolic crowds disparaged black people and Muslims, and when a woman said she did not trust Mr. Obama because “he’s an Arab,” Mr. McCain, in one of the most lauded moments of his campaign, replied: “No, ma’am. He’s a decent family man, a citizen that I just happen to have disagreements with on fundamental issues.”

Analysts later said that Mr. Obama had engineered a nearly perfect campaign. And Mr. McCain confronted a hostile political environment for Republicans, who were dragged down by President George W. Bush’s dismal approval ratings amid the economic crisis and an unpopular war in Iraq.

On Election Day, Mr. McCain lost most of the battleground states and some that were traditionally Republican. Mr. Obama won with 53 percent of the popular vote to Mr. McCain’s 46 percent, and 365 Electoral College votes to Mr. McCain’s 173.

“Few of us have been tested the way John once was, or required to show the kind of courage that he did,” Mr. Obama said Saturday. “But all of us can aspire to the courage to put the greater good above our own. At John’s best, he showed us what that means.”

share on Facebookshare on Twitter
Bitcoin is burning a hole in our future, a technology of a dying carbon civilisation, driven by a techno-liberatarian politics that will accelerate environmental collapse.
Argentina asks IMF to release $50bn loan as crisis worsens