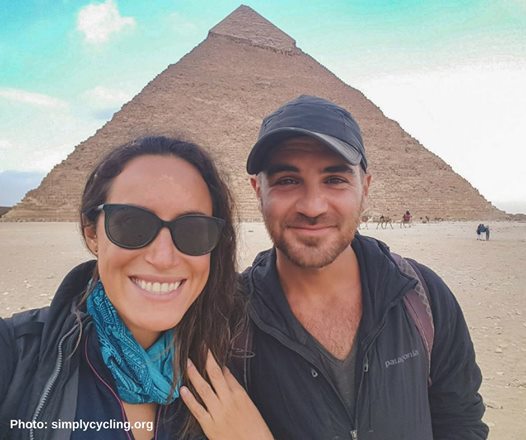 One of the Americans killed by Islamic State fighters while on a worldwide cycling trip in Tajikistan was a Manalapan native, according to The New York Times.

On July 29, a car of ISIS fighters rammed into a group of cyclists, including 29-year-old Jay Austin, his partner Lauren Geoghegan and other international riders, the U.S. Embassy in Tajikistan said.

One suspect was arrested and three others were killed, the embassy said.

Austin attended Manalapan Elementary School according to a childhood friend, The New York Times reported. Geoghegan was a California native. The pair met at Georgetown University.

Freehold Regional High School District spokeswoman Rebecca Policastro said the district “believes he was a student at Howell High School but have not been able to confirm dates of attendance.”

The pair had quit their office jobs to go on the cycling journey, with Austin writing on his blog that “life is short and the world is big and we want to make the most out of our youth and good health before they’re gone.”

The trip was not easy. Austin and Geoghegan rode through pouring rain that soaked their clothes and dealt with motorists who pushed them off their bicycles or tried to ram them off the road.

In his blog, Austin said he relished the danger of riding a bicycle instead of driving a car.

“When traveling by bike, you’re vulnerable to everything: to the drivers speeding by you, to the locals milling about ahead of you, to the potholes in the road and the clouds in the sky and the sun and the wind and the heat and the cold and the fog,” he wrote.