HomeNewsIs the paisa entrepreneurial spirit destined to remain within the valleys of Medellín?
News

Is the paisa entrepreneurial spirit destined to remain within the valleys of Medellín? 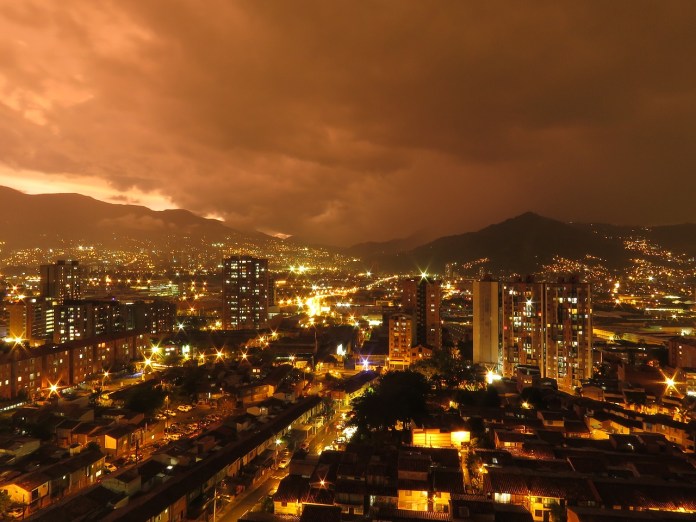 Medellín is the city that went from being the world’s most dangerous to the most innovative in the space of twenty years.

Through the administration of consecutive local governments dedicated to social transformation – including work by state-owned public utilities company Empresas Públicas de Medellín (EPM) – homicide rates, crime and violence in the city gradually reduced. One by one, Medellín’s deepest wounds began to heal, making it the city it is today.

Thanks to a public transport master plan, the issue of getting around the sprawling city – historically one of its most complex problems – became dramatically easier. The 1995 metro construction integrated the north and south regions of the city, with the help of extra lines which would eventually go on to connect both the east and west. In 2004 came the metrocable, a cable car system joining the hillside barrios to downtown areas from which it was easy to catch other forms of public transport. In 2016, a tram network was also introduced in order to facilitate movement around the city centre. 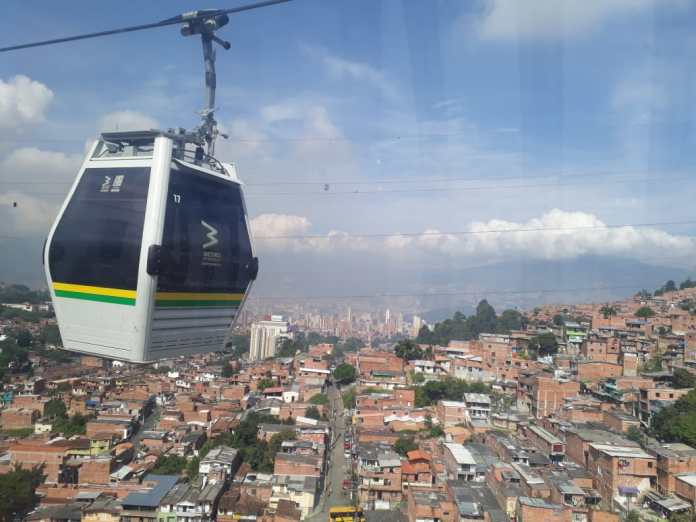 With Medellín’s population better connected, governments began to work on the transformation of public spaces, formerly some of the areas worst affected by the city’s violence. Notable work can be seen, for example, in Parque de las Luces, one of the city centre’s areas most notorious areas for crime. Unveiled in 2005, clusters of tall lights were constructed in the square as part of a mission to illuminate the space and make it a safer place.

Nowadays, Medellín is well and truly reaping the benefits of local government intervention in public areas that has taken place over the years. Across the city, the colourful facades of Colegios de calidad stand out, an initiative launched by former Medellín mayor Sergio Fajardo to improve the quality of public education in lower income areas. Government-funded Inder sports pitches are also never too far away. This recreational institution was set up to encourage wellness and physical activity for younger generations.

Free cinema is also easy to find in Medellín, as part of cultural initiatives introduced to make use of public space in order to project films outdoors, in squares such as Parque de los Deseos.

The Greenbelt project, which began in 2011, focuses on constructing an enormous circular park around the city, primarily in order to protect the environment and control further urban expansion. However, it also works to integrate those who live on the outskirts of the city, often displaced by Colombia’s armed conflict, by offering employment opportunities and creating new access routes.

Transforming such a broken city was, however, no mean feat. Perhaps a challenge so great that only paisas were capable of taking it on.

Some argue that attitudes towards transformation, entrepreneurship and innovation are so entrenched into the culture of those from the region of Antioquia that they form part of their DNA.

“Firstly, due to colonialism, because our ancestors used to try and colonise new zones that – at the time – were very difficult and distant, due to the mountainous nature of our region. Our grandfathers and great grandfathers wanted to create their own towns, and this required entrepreneurship,” he told The Bogotá Post. The paisa entrepreneurial spirit is also linked to the Catalan and Jewish heritage, Quintero argues, from whom antioqueños have inherited a passion for innovation.

Whilst being put to use transforming the city, these values allowed a culture of entrepreneurship and innovation to formally manifest itself in the city. Between 2004-2011, around 3000 new companies were created, across the fields of basic commerce, office-based employment and science and technology.

In 2009, Ruta N – Medellín’s centre for innovation and business – was also inaugurated as part of a move to transform the north of the city into an ‘innovation district.’ A platform to give local entrepreneurs the boost they need to support the city’s innovation ecosystem, Ruta N simultaneously feeds Medellín’s sustainable economic growth through supporting the science and technology industries. 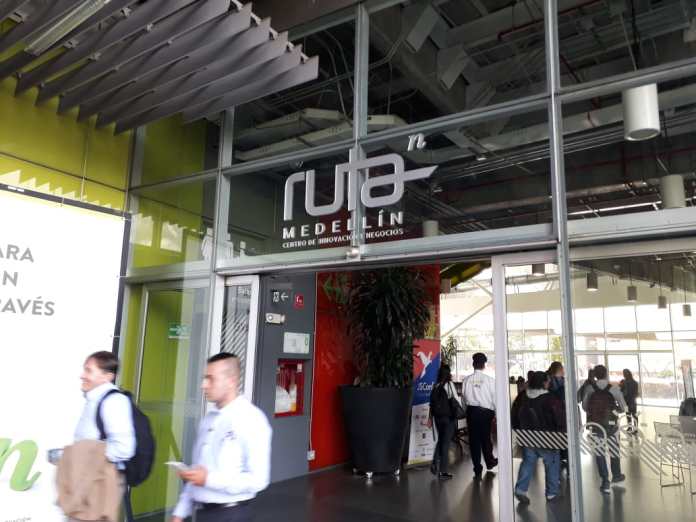 “There is something different in Medellín’s culture that always pushes us forward,” said Andrés Felipe Raigosa Montoya of Colombia’s state-funded national agency for entrepreneurial support, iNNPulsa Colombia, speaking at this year’s Innovation Landconference. Organised by ANDI and the Mayor of Medellín, Innovation Land is now in its sixth installment.

Speaking about creating a culture of innovation at the conference, Montoya described how much he noted the strength of the paisa entrepreneurial spirit as, although Medellín-born, he currently works from Bogotá.

However, Montoya also explained how its greatest strength can also to prove to be its very downfall. “It’s a culture of sharing… but we fail to share with others,” he said.

Luz Marina Velásquez, director of Human Talent at SURA insurance agreed, “paisas have a certain disposition and will to work…but in other regions important things happen too but we don’t allow ourselves to see them.”

“How can we convert this spirit into a national spirit?” she asked.

Velásquez’s question highlights an important dilemma for the country, but perhaps an enigma which is destined to remain unsolved.

Colombia’s complex geography and historic lack of connectivity has meant that differences between its regions have become extremely marked, creating distinct cultures in almost every area of the country. Regionalism, combined with economic inequality across Colombia, has meant that innovation policy planning has always required a region-by-region approach.

iNNPulsa’s Montoya emphasised this. “Making decisions from the Capital doesn’t always work when you apply them to remote areas of the country such as Leticia (Amazonas) and Quibdó (Choco),” he told Innovation Land panelists.

As a result of Medellín’s geography and violent past, a unique culture has been produced, which – even if applied to other regions of the country – may not be as effective.

The challenge, therefore, lies not in the distribution of paisa entrepreneurial spirit beyond the borders of Antioquia, but in encouraging the development of local innovation ecosystems tailored to each region of the country.