HomeNewsInvasive hippos may become a plague in Colombia by 2030
News

Invasive hippos may become a plague in Colombia by 2030 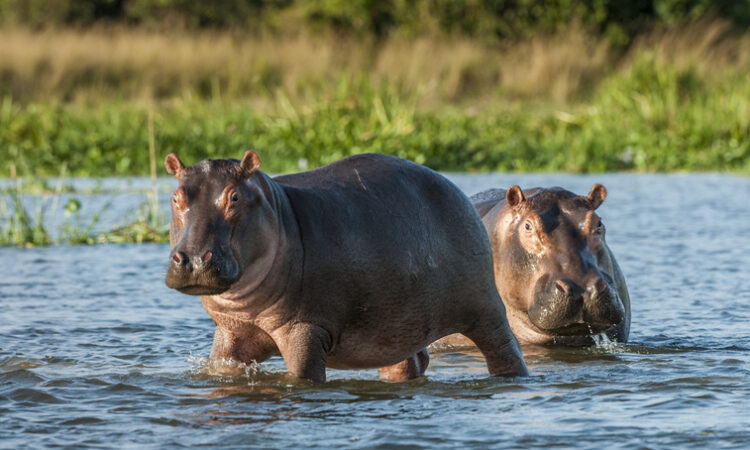 Brought into the country in the 1980s by former drug-trafficking capo Pablo Escobar, the 133 hippopotamuses already in Colombia might reach over 400 by the year 2030, and have thus been declared an invasive species Friday.

After the Medellin cartel boss died Dec. 1993, in a police raid, three samples allegedly escaped into the wild. Since then, the territorial and aggressive mammals that can weigh up to four tons, have multiplied and it is estimated that today there are some 133 of them. With no reproduction control, they could reach 434 in 2030, according to scientific projections.

Given the size of the herd and the risk that these animals represent for other species and for the inhabitants of riverside areas, the Ministry of Environment Friday included them in the “list of invasive exotic species.”

“This is an important step to advance in an immediate action plan, in order to address the situation generated by the presence of hippos in Colombia, which have caused impacts on our ecosystems and key species,” Minister of Environment and Sustainable Development Carlos Eduardo Correa explained.

The declaration will allow the authorities that make up the National Environmental System (SINA) to determine the control and management mechanisms for this species. Before Friday, it was up to regional bodies to control this species on their own.

The national government’s decision was based on an “invasion risk analysis” drafted by the Alexander von Humboldt Institute and the Natural Sciences Institute of the National University, together with various scholars and experts.

This is a “very important step for Colombia to recognize the problem and advance in the construction of a management route for this species,” Alexander von Humboldt Institute Director Hernando García sid.

According to Colombian media, a family in the municipality of Doralald was raising a small hippopotamus as a pet.

The matter alerted the environmental authorities of the area, who once again asked the populations located on the banks of the Magdalena River to stay away from areas where there are individuals or herds of these animals due to the risk of lethal attacks.