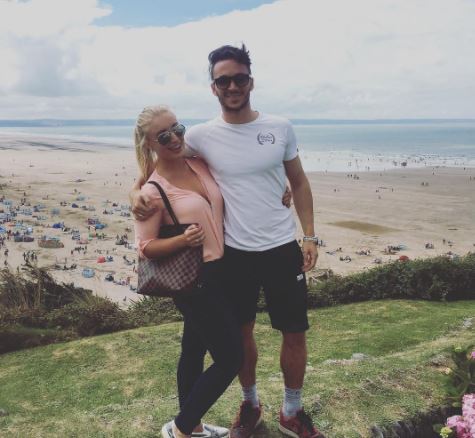 A woman has described the moment that her boyfriend’s penis “broke” when the couple were having sex.

Megan Barker said she heard a “rip” during sex with her partner Adam Francis in 2015.

“Adam suddenly manoeuvred himself behind me and I arched my back – and suddenly heard this awful rip,” the 23-year-old told the Daily Mail.

Ms Barker, from Guildford, Essex, said there was blood everywhere and the bedroom looked “like a crime scene”.

Mr Francis tried to get to the bathroom, he collapsed and hit his head on the sink.

Ms Barker called 999 when she saw her partner lying on the blood covered in blood.

He has subsequently now made a full recovery.

Although rare, penile fractures can occur during sex. A 2014 studyof 42 penile fracture cases showed that of the 28 of them that had occurred through vaginal intercourse.

The human penis does not contain a bone, but there are two columns known as the corpus cavernosa that fill with blood during an erection.

These tube-like structures are surrounded by a layer of tissue called the tunica albuginea, which is what gets fractured.