HomeLiveEducation has always been paramount in the life of Carlos Mattos.
Live

Education has always been paramount in the life of Carlos Mattos. 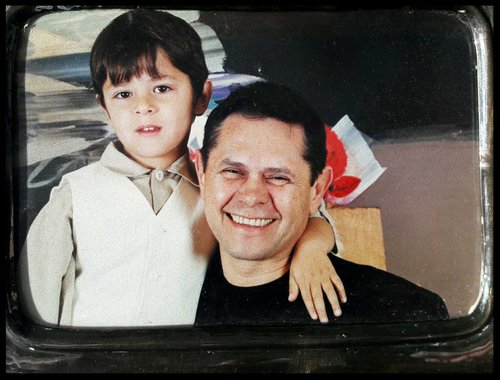 We, the team of lawyers of Carlos Mattos Barrero, in an attempt to deny and balance the information circulating on the Internet and social networks, have created this space that seeks to show public opinion the other version of the facts, that which has not been pondered or listened to, that which speaks of a man who dedicated his life to generate businesses, to work for Colombians and Spaniards, countries in which he grew up professionally and in which his works tell a story that deserves to be told.

Carlos Mattos Barrero has not been judged, has not been defeated in trial, has not appeared to give his version of the facts and already the social imaginary points him out as guilty.

Without having heard him in court, his name, his integrity and his prestige and that of his family have been vilely massacred, as if he were a murderer or a terrorist. Well, no, Carlos Mattos Barrero, it’s not that monster they want to turn him into.

Carlos Mattos Barrero is a loving father, a special human being, gifted with an incredible talent for creating value, which has made him a great businessman in Spain and Colombia.

Indeed, Carlos Mattos Barrero is a Spanish citizen. He lives in Spain contrary to the versions of some media opportunists who find it difficult to understand this truth of the fist, and who label him as a fugitive or a fugitive without the slightest reattachment, with the eagerness to point out and judge bitter in his heart and without knowing his origins and his history of roots in Spain. We will also deny them on this page.

We will spare no effort in seeking sanity and common sense from those who defame his name.  We will not allow slander, slander and insult to destroy a human being and his family. 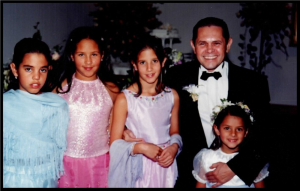 Those words with which he is usually defined in the media, are far from the loving and ever-present man for his children, relatives and collaborators.

“He has always been by our side, always helping others,” says his sister Yolanda, “since childhood he was introverted and brilliant, and if he was reserved in his words, he was never reserved to take ideas forward and support hundreds of dreams of his family, friends and collaborators to become reality.

And he concludes, “You can’t turn him into a bad person overnight and rage at a man who is essentially good.

During his entrepreneurial life, Carlos Mattos has been characterized by being a man of character, frank, good businessman and demanding with his employees.

“I remember Carlos as a boss who knew where he was going, what he was going to do and how he was going to do it. He always looked after his employees, considered them as his sons and although there were so many of them in the company, he knew the name of each one of them. He was an unreachable worker. Passionate about Hyundai. He didn’t like lies, it bothered him a lot. His kindness was reflected in us, as we considered him a father,” says Pablo Salcedo Visbal, who was Hyundai’s Vice President in Colombia. 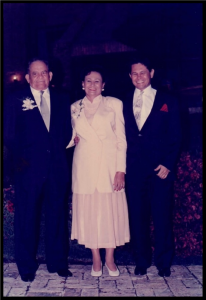 “Their money comes from cars.”

Carlos Mattos’ father, José Bolívar Mattos Lacouture was a visionary farmer and rancher. The cultivation of cotton allowed Jose Bolivar to give the best education to his children. “In spite of this, we were privileged and our education allowed us to move forward,” affirms one of the Mattos brothers.

The fact that Carlos Mattos’ parents could have given him an excellent education, enrolling him at Lowell University after high school, and then doing an MBA at Babson College give credit to a fortune made at the end of study and dedication. “It wasn’t chance but dedication,” he says.

It is no secret that from a very young age, Carlos Mattos acquired an enormous entrepreneurial vision.

This is confirmed by Mrs. Maria Teresa Aron de Bueno, who lives in Codazzi Cesar and has known the businessman since his childhood.

“I remember Carlos from a very young age selling curtain fabrics, backpacks, raffles, eggs, popsicles, paintings, chickens and when I bought him the raffles he told me: what I earn is for my effort and not for the money of my parents. That’s when I knew he’d be a man of integrity, judgement, and a very studious man.” 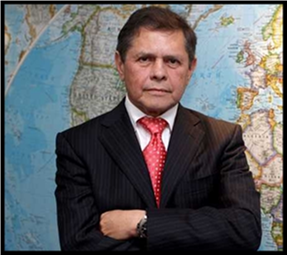 Carlos Mattos is a Spanish citizen. His ties with Spain began at the end of the last century, when he invested in several businesses that allowed him to opt for nationality.

Since then, he has settled his interests in the Iberian Peninsula, integrating himself to a society that recognizes him and in which he develops in multiple fronts, that go from the industry of the mass media, happening through the hotel trade and the tourism, until the real estate.

Both Carlos and his children hold the community passport, who studied and graduated in Spain. Likewise, it has supported various charitable causes in that country and, of course, has contributed to bringing Colombia and Spain closer together through the links between businessmen and leaders of both countries.

Mattos is a man of faith, “Catholic, apostolic and Roman” as he defines himself. It contributed to Colombia’s cultural heritage with the four-year restoration of Cartagena Cathedral. He also remodeled the Cathedral of Barranquilla, built the Major Seminary of Valledupar, the church of Codazzi, and the one of Villa Nueva, Guajira. He has collaborated with the Santa Fe Foundation of Bogotá, especially with the Prostate Oncology Unit with the San Vicente de Paul Hospital of Medellin and hundreds of Foundations that throughout his life have received his silent but effective support. During his career he has been recognized for his work with excellence awards such as the “Excellence in Leadership” award, granted by the Inter-American Economic Council on February 27, 2009 in Washington, USA, and has been recognized by Colombian and Spanish institutions throughout his successful career. 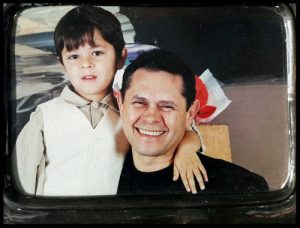 Carlos Mattos Barrero was born on November 6, 1947 in Codazzi, a city in the Department of Cesar, an important center of agro-industrial, agricultural and livestock production in the country. The city has a strategic location that favors its integration with regional markets and the main export centers of the country.

Carlos is the son of Mr. José Bolívar Lacouture, a great farmer of the region and of Mrs. Carmen Emilia Barrero Ávila.  The renowned lawyer Rodrigo Lopez Barros remembers him: “I knew Carlos Mattos when he was quite young in the town of Codazzi, where he lived with his parents and siblings, distinguished workers on cotton and cattle farms, and that was when the teenager became interested in economic activities. I did land deals with his father, who was regional leader in those honest activities,” he said.

From an early age, Carlos Mattos showed his first pines as a businessman. At the age of ten, according to his sister, Yolanda, little Mattos learned his grandmother’s secret recipe to prepare and sell the famous “Bolis”, fresh fruit ice cream bars that are well known on the Colombian Caribbean coast.

Likewise, during his time at the Jorge Robledo Institute in the city of Medellin, his brothers and neighbors say that while spending his vacation in Codazzi, the young man sold everything from sandwiches with cheese, eggs, chickens, backpacks, raffles, to works of art. While his friends were thinking about fun, Carlos Mattos took advantage of his first businesses to generate his own income and help his family.

Few know the academic preparation of Carlos Mattos.  He graduated from the Jorge Robledo Institute in Medellin, Colombia in 1969, and later continued his studies at Lowell University, Massachusetts in the United States, where he obtained a degree in Industrial Engineering in 1975. Then he entered Babson College in Boston, graduating with an MBA.  Years later he returned to the academy at the prestigious Harvard University in Boston, where he completed a Master’s degree in OPM (Ownership-President-Management) in 1990.

Carlos Mattos has two children and is passionate about his family. With a reserved character and always seeking to keep a low profile, he was concerned about poverty reduction in Colombia and helped from his philanthropy to countless nonprofit organizations in Colombia and Spain

His professional experience focused on the automotive sector where he was widely recognized. 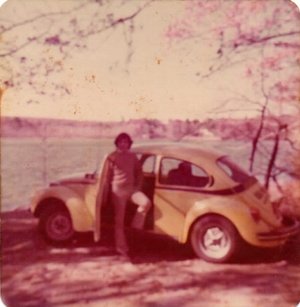 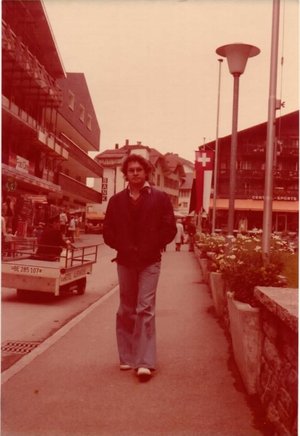 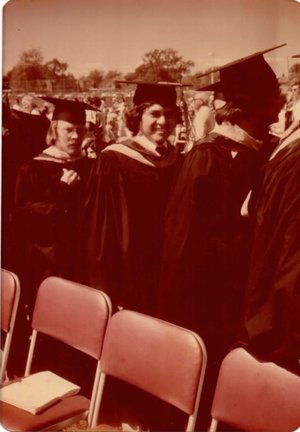 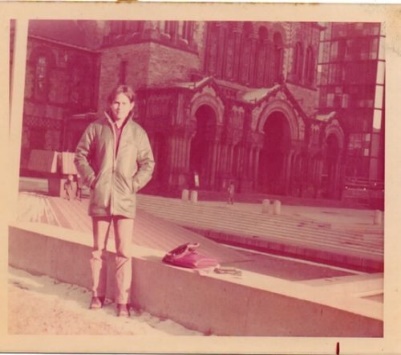 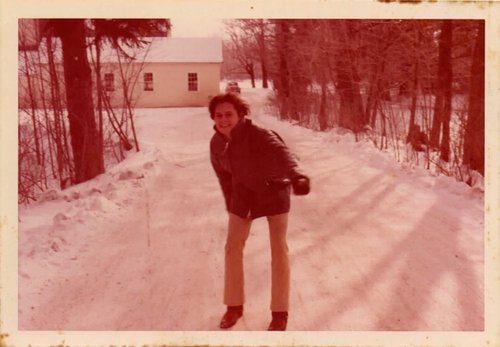 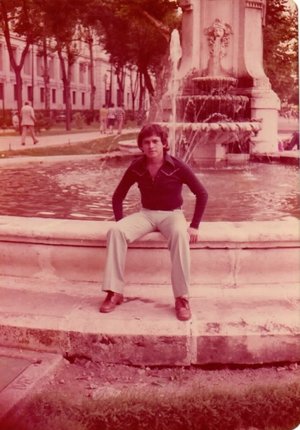 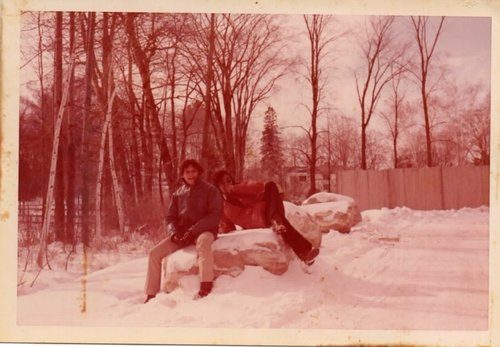 His perspicacity, tenacity and discipline from a very young age, and his enormous nose for business, made him one of the most recognized businessmen in Colombia. His contribution from the private and public sector to improving the business climate in the country is largely due to his natural leadership and global vision.

Personally, I have witnessed his generosity, altruism and solidarity with respect to the various religious initiatives, cultures and general interest in so many places of the country”, Pablo Emiro Salas, Archbishop of the Archdiocese of Barranquilla. 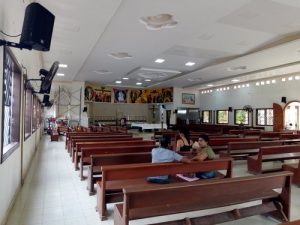 In memory of his mother Mrs. Carmen Barrero de Mattos, Carlos Mattos, he contributed decisively to the reconstruction of this temple in the year 20016, in the city of Codazzi Cesar.

“The virtue that most impressed me was the goodness of your heart, which is always open to help the needy.” 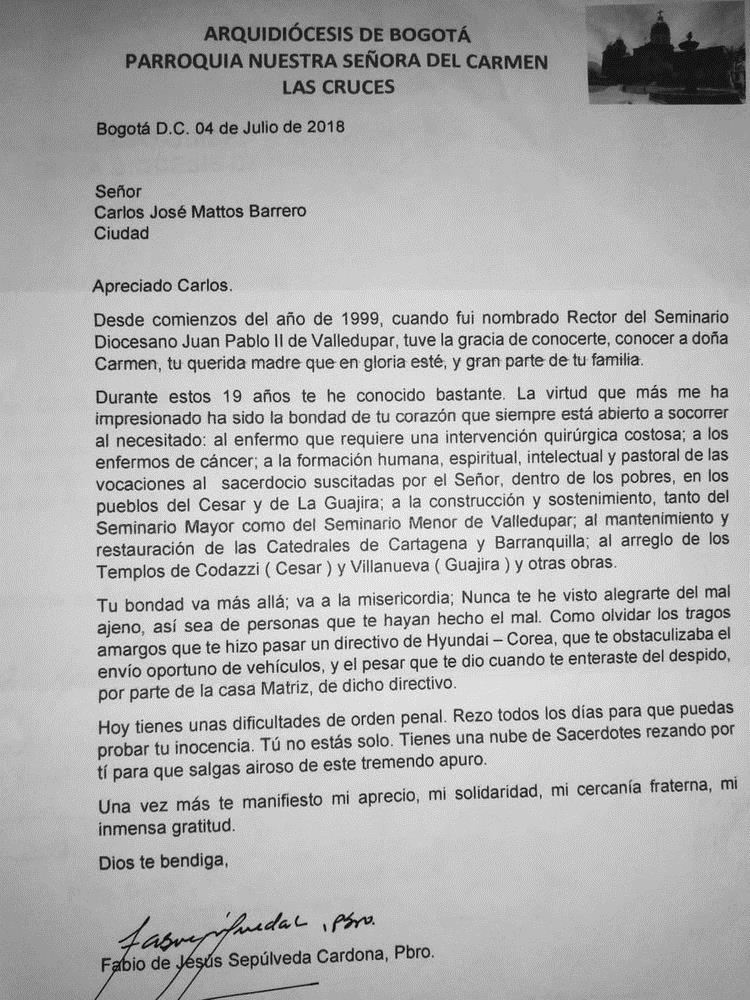 Letter from the Archdiocese of Bogota, thanking reconstruction of the Church. 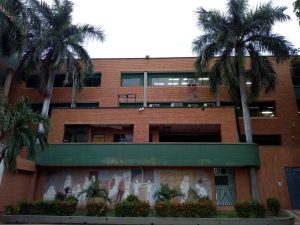 The university has a building equipped with all the possible tools, thanks to the enormous contribution of the entrepreneur in education. Carlos Mattos’ silent donations to educational centers in Colombia exceed 15 billion pesos. He has always been aware of the need to support education so that people with fewer resources can have a quality education”. He’s never made a sound with his help. Carlos has always stayed away from the Corrillos that flatter him. Maybe you should have put more hype into your help. That way people wouldn’t see it the way they see it now, and recognize their contribution. Not only the 4,000 families who lived with good salaries and all the assurances that legitimate employment produces in Colombia, but those who point it out discredit it completely, without recognizing an iota of their contribution to the social welfare of those 200,000 compatriots who benefited from their businesses,” says Yolanda Mattos.

For more information, please contact us at [email protected]