HomeNewsCoronavirus deaths double in one week at Illinois nursing homes; have surged past 1,000, data show
News

Coronavirus deaths double in one week at Illinois nursing homes; have surged past 1,000, data show 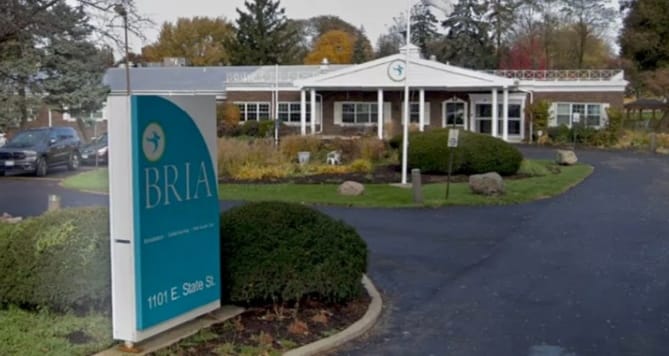 Elderly care facilities have accounted for 44% of the state’s coronavirus deaths and nearly one in seven confirmed cases, according to a Sun-Times count.

The number of reported coronavirus deaths at Illinois nursing homes nearly doubled in the past week and for the first time surpassed 1,000, as new cases and deaths blew by their previous one-week highs, according to data released Friday by state health officials.

But the numbers, published weekly, have inconsistencies from week to week and, because of lags in reporting, appear to be lower than the real-time toll the virus is taking on those facilities.

Those tallies mean elderly care facilities have accounted for 44% of the state’s coronavirus deaths and nearly one in seven confirmed cases.

A total of 354 homes have at least one resident who has tested positive, with 75 reporting their first cases in the past week after previously having none. Almost three dozen facilities have suffered double-digit deaths; eight have more than 100 cases.

The largest spike in deaths at one home in the past week came at Bria of Geneva in Kane County, where 15 people passed away of COVID-19. Only one person was reported dead there until this week. The medical director at that home told the Northwest Herald there was a “landslide of patients” and “it was pretty obvious we had a severe outbreak in the facility.”

Woodbridge Nursing Pavilion in Chicago’s Logan Square neighborhood saw the largest increase of reported cases over the past week with 126, up to a total of 151 cases and seven deaths.

Asked about the discrepancies, a spokeswoman for Gov. J.B. Pritzker said adjustments can be made as deaths are investigated, and there could be mix-ups as the data passes from homes reporting to their local health departments, which then report to the state.

Tags :Covid-19Illinois
share on Facebookshare on Twitter
FULL VIDEO: Sec. Pompeo Rips China For Coronavirus Response, Is Asked About U.S. Retaliation
Venezuela: 2 US ‘mercenaries’ among those nabbed after raid