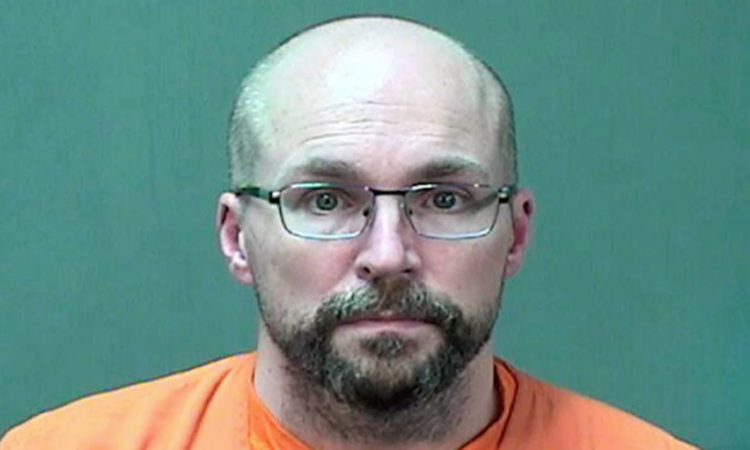 WISCONSIN — On Tuesday, Steven R. Brandenburg (age: 46) of Grafton, Wisconsin, signed a plea agreement acknowledging that he was guilty of attempting to render hundreds of doses of COVID-19 vaccine ineffective.

Brandenburg is charged by an Information with two counts of attempting to tamper with consumer products, with reckless disregard for the risk that another person will be placed in danger of death or bodily injury. Brandenburg has agreed to plead guilty to the charges, which each carry a maximum sentence of ten years’ imprisonment.

As detailed in court documents, while working as a hospital pharmacist in Grafton, Wisconsin, on two successive overnight shifts in late December, Brandenburg purposefully removed a box of COVID-19 vaccine manufactured by Moderna—which must be stored at specific cold temperatures to remain viable—from the hospital’s refrigeration unit, intending to render the vaccine inert and no longer effective. According to the plea agreement, Brandenburg believed in various “conspiracy theories”; subscribed to notions of “alternative history”; and was skeptical of vaccines in general and the Moderna vaccine specifically. Brandenburg had communicated his beliefs about vaccines to his co-workers for at least the past two years.

After leaving the vaccines out for several hours each night, Brandenburg returned the vaccines to the refrigerator to be used in the hospital’s vaccine clinic the following day. Before the full extent of Brandenburg’s conduct was discovered, 57 people received doses of the vaccine from these vials.

“Distributing the COVID-19 vaccine is critical to overcoming this pandemic, which continues to end lives and upend our economy,” said United States Attorney Matthew D. Krueger of the Eastern District of Wisconsin. “As these charges show, the Justice Department will pursue anyone—and especially any medical professional—who tampers with the vaccine.”

“Tampering with vaccine doses in the midst of a global health crisis calls for a strong response, as reflected by the serious charges the United States has brought today,” said Acting Assistant Attorney General Brian Boynton of the Department of Justice’s Civil Division. “The Department of Justice will continue to work with its law enforcement partners to ensure the public receives safe and effective vaccines.”

“The FDA has ensured that the Moderna COVID-19 vaccine meets the agency’s rigorous standards for quality, safety, and efficacy. Those who knowingly tamper with this vaccine place American patients’ health at risk,” said FDA Assistant Commissioner for Criminal Investigations Catherine A. Hermsen. “Today’s announcement should serve as a reminder that this kind of illicit tampering activity will not be tolerated.”

“Pharmacists rank among some of the most trusted professionals,” said FBI Special Agent in Charge Robert Hughes. “This individual used his special access to tamper with vials of the much needed COVID-19 vaccine. The FBI takes allegations of consumer product tampering very seriously and will use all available resources to bring those to justice who intentionally put the public’s health at risk.”

“The actions by Mr. Brandenburg are not representative of the great people at Aurora Grafton who, day in and day out, serve our community. I am extremely proud of those who came forward to expose Mr. Brandenburg’s actions. I am also proud of my team’s efforts, their professionalism, hard work and diligence on this case. Finally, I would like to thank all of our federal partners and the Ozaukee County DA’s Office for working with us on this case—it is through these partnerships that we are able to accomplish great things,” said Jeff A. Caponera, Grafton Chief of Police

Adam Gerol, Ozaukee County District Attorney said, “I’m grateful for the hard work and dedication of all the law enforcement officers, and the prosecutors from the federal government, that was necessary to bring an appropriate level of prosecution and punishment to this case. Unfortunately, the facts of this incident simply didn’t fit a charge provided for by Wisconsin law that carried a sufficient measure of punishment. Hopefully, what transpired here will emphasize the need to expand the scope of our existing statutes should anything like this happen again.”