Colombia’s move to cut red tape pays off for entrepreneurs 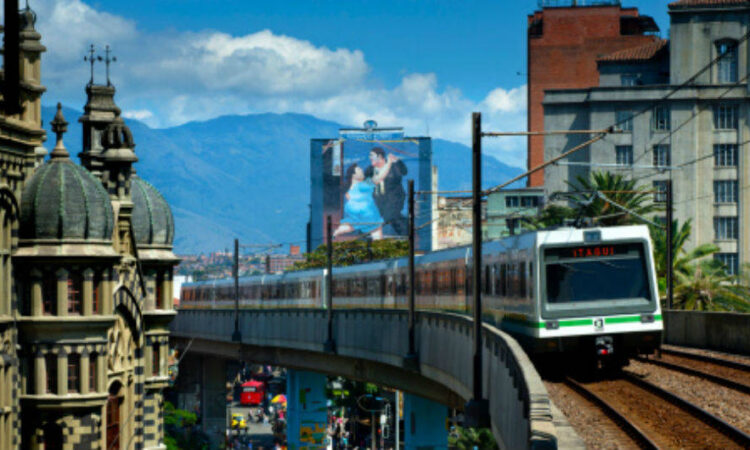 If there is one Latin American nation that punches above its weight in the FT Americas ranking of 500 fast-growing companies it is Colombia. It contributes 31 companies to the list — as many as the rest of Latin America put together. By comparison, there are 19 Brazilian businesses, even though Brazil’s economy is five times larger than Colombia’s, and five from Mexico, with an economy three times the size of Colombia’s.

That is in large part down to the fact that the ranking, compiled with Statista, a research company, is not a reflection of the size of each country’s economy, but rather the willingness of its companies to take part and divulge their results. Nearly nine in 10 on the overall list hail from the US and Canada alone, with a strong emphasis on technology. Yet the results also point to a rise in entrepreneurship in Colombia in recent years, and its entries are impressively diverse both in terms of what they do and where they are based. Some are thrusting technology start-ups, but there are plenty of “old school” companies, too.

There is a ham- and sausage-maker set up by a German migrant in the city of Bucaramanga in the 1960s, a plastics company from Cali and a maker of savoury biscuits from Risaralda — a province better known for its coffee than its crackers. There is a boutique gold and silver miner from Medellín, and an energy company in Nariño and Putumayo, southern provinces blighted by cocaine production and organised crime. View the full interactive table FT ranking: The Americas’ Fastest-Growing Companies While much has been written about Medellín’s transformation from the drugs and murder capital of the world to a thriving entrepreneurial hub, it is Bogotá that fares well in the FT’s list, with 12 companies. That makes it the highest-scoring city in Latin America, and behind only New York, Toronto and San Francisco in the Americas.

“There’s been an explosion of entrepreneurship in Bogotá over the past decade,” says Diana Gaviria, executive director of business accelerator Connect Bogotá. “If you go back 20 years there was a real lack of good ideas, but that’s no longer the case.” She says things started to change under the first government of President Juan Manuel Santos between 2010 and 2014. Connect Bogotá was set up in 2011 and the government created iNNpulsa, a state innovation unit, in 2012.

Half of the Colombian companies on the FT list were set up during this period. The current government, led by Iván Duque, has picked up the entrepreneurial baton. Mr Duque likes to repeat a quote attributed to Winston Churchill: “Some [people] regard private enterprise as a predatory tiger to be shot. Others look on it as a cow they can milk. Only a handful see it for what it really is — the strong and willing horse that pulls the whole cart along.”

“We have that as our mantra,” says Felipe Buitrago, Mr Duque’s vice-minister for creativity and the ‘Orange Economy’ — a catch-all term for the cultural and creative industries. “We are constantly highlighting the social role of companies and business people. They are the ones who create jobs, pay taxes and create wealth to be shared with those who need it most.” In a bid to cut red tape, the government has set up a platform called “Simple State, Agile Colombia”. Members of the public are invited to share their bugbears about unnecessary paperwork and overcomplicated procedures. The government has subsequently made more than 2,000 tweaks to the way Colombia works — many of which are designed to make life easier for entrepreneurs.

The highest-ranked Colombian company on the FT list is Zinobe, a fintech that enjoyed a compound annual growth rate (CAGR) of more than 100 per cent and which places 100th on the list. Set up in 2012 by Tarek El Sherif, a banker who moved to Colombia from London, Zinobe offered credit to people who until then had been shut out of the financial system. “Credits were very concentrated in people who had a high credit score, who tended to be from the upper end of the social scale, and there wasn’t much access below that,” Mr El Sherif recalls.

By “competing with the banks by taking risks they were not comfortable taking”, Zinobe has boomed, offering more than 1.3m loans in a country of 50m people. It recently teamed up with Banco de Bogotá to offer loans to those without bank accounts and has moved into insurance in collaboration with Colombia’s biggest provider, Grupo Sura. This year, Zinobe is embarking on its first joint venture outside Colombia, in Mexico. “As a foreigner, if you have experience and access to funding from abroad, Colombia is a place where you can make a mark quickly,” says Mr El Sherif. Another Colombian success is Bio Bolsa, 148th on the FT-Statista ranking.

Chief executive Jaime Plata set it up with his wife in 2010 “more out of necessity than conviction”. He had applied for scores of jobs and been turned down. The couple had spent a year in Australia where they saw shoppers using biodegradable and fabric bags to cut down on plastic. They promoted the same concept in Colombia and until Covid-19 struck were making 18m bags a year from cotton, jute and reusable synthetics, and exporting them throughout the Americas. Mr Plata says the biggest challenge was initial financing — he and his wife started the firm with their own savings. “It was virtually impossible for a company to get financing in its first three years, which is when you need it most,” he says. “People in Colombia tend to finance themselves with the help of friends and family.”

As with companies elsewhere, Colombian businesses are facing the challenge of coronavirus although, for some, it presents an opportunity as much as a threat — in late April, the government contracted Zinobe to channel financial assistance to entrepreneurs hit by the pandemic. Bio Bolsa, meanwhile, has stopped making bags and switched to medical fabric that can be used for face masks. “The demand has been incredible,” Mr Plata says, suggesting Bio Bolsa is set for further robust growth in the months ahead.

share on Facebookshare on Twitter
‘Chapo’ hitman ‘Chino Antrax’ vanishes from custody in California
Barber Defied Rules and Cut Hair From Home. Now He Has the Virus.