HomeLiveChina Digs a Trench for the U.S. Trade Siege
Live

China Digs a Trench for the U.S. Trade Siege 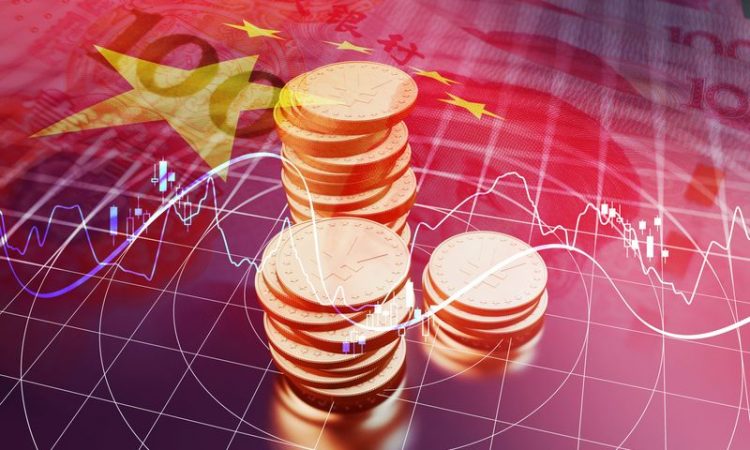 If you’re about to start a trade war, best ensure your citizens are in an optimistic mood.

That’s one way of looking at the U.S. tax cuts passed last November. Stimulus from that law will boost economic growth by about three-quarters of a percentage point this year and next, Federal Reserve Governor Lael Brainard said last month – no doubt one reason why the S&P 500 index finished just 3.8 percent below its record high on Tuesday despite the growing drumbeat on trade.

Not content with returning fire on planned tariff actions by the U.S., China is now moving the tit-for-tat battle to the fiscal front. The country’s legislature is considering the first major change to the income tax system in seven years, with plans to lift the tax-free threshold on personal income from 3,500 yuan ($541) a month to 5,000 yuan a month and allow deductions on top of that for education, healthcare and housing costs, Xinhua reported Tuesday.

It’s a move China can well afford. In contrast to the U.S. federal government, which raises about 80 percent of its taxes from individual earnings via income and payroll collections, China’s operations are overwhelmingly funded through corporate and sales levies.

Individual income taxes amounted to about 6.6 percent of the total or 900 billion yuan ($139 billion) in 2015, according to government figures. Personal income-tax revenues have been growing rapidly with a 19 percent increase last year, giving plenty of scope for cuts. Mucking around with income-tax deductions and thresholds is child’s play next to the wholesale reforms carried out to value-added tax in recent years.

While the $144 billion decline in forecast collections from the U.S. law dwarfs anything that could be accomplished via the Chinese income tax code, it’s worth considering the differing impacts on consumers from both sets of changes, and how that will affect public sentiment as the countries move closer to trade war.

The U.S. measures will increase incomes by less than 2 percent for the bottom 90 percent of earners, according to the Tax Policy Center, with more than half the benefits going to the top 5 percent. Those in China are likely to be much more broad-based: While official wage data are maddeningly hard to find, median salaries in Shenzhen are about 5,611 yuan a month, according to a South China Morning Post report last year, well above the current 3,500 yuan tax-free threshold.

The average disposable income of city-dwellers totaled 27,430 yuan over the first nine months of last year, according to government data. That’s equivalent to about 3,000 yuan a month, suggesting that a substantial slice of the population will be affected by the increased threshold.

Deductions for some of the biggest living costs will accentuate that benefit, cheering investors who’ve sent valuations for these welfare-like corners of consumer spending soaring of late. As my colleague Shuli Ren has written, healthcare has been the best-performing sector in China equity markets so far this year. Real estate is another relatively strong performer, while local education companies trade on multiples that put Silicon Valley in the shade.

We’ve argued before that China’s likeliest gambit in fighting the U.S. on trade will be a firing-up of its industrial machine, making the country’s necessary rebalancing toward consumption still more remote. While recent data on steel production and thermal power generation suggest that is indeed happening, the move toward lower taxes indicates that Beijing is also keen to put more money in the hands of Chinese consumers, even as the U.S. takes it from Americans via rising tariff barriers.

One lesson from this decision is that Beijing really is serious about rebalancing. Much of the angst in Washington is driven by fears that the country wants to evolve into a predatory industrial powerhouse, hoarding the world’s manufacturing prowess for its own benefit. The tax reforms, combined with lower business levies for technology companies and the abolition of a revenue-based tax that disproportionately affected the services sector, suggest that it’s instead quite serious about becoming the “moderately prosperous” consumer society outlined by the government. A less confrontational approach might have helped bring those changes about sooner.

The other lesson is more grim. By putting some cash in the pockets of its citizens, Beijing is buying their acceptance for the fight to come. That looks like the actions of a confident government digging in for a long battle, rather than one ready to retreat from the field at the first sign of blood.