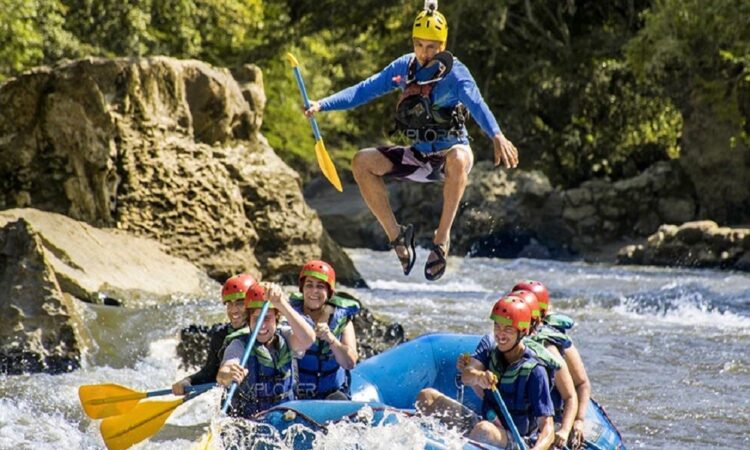 Take whatever preconceptions you have about Colombia and leave them at home: this remarkable country will take you by surprise. The second-most biodiverse nation in the world harbors vast swaths of wildlife-rich Amazon jungle in its interior, while coral-white beaches, dizzying mountains and leafy highland coffee plantations crown Colombia as a place of extraordinary natural contrasts.

But Colombia is much more than the sum of its natural parts. Its kinetic cities buzz with an energy that sets it apart from most of South America and proves that this country has well and truly shed its history of conflict.

With adventure and infectious beats around practically every corner, picking the best places to visit in Colombia can be a challenge. However, thanks to good service from domestic flights and long-distance buses, Colombia is a place where you can expect to cover plenty of ground, even on a short trip.

Cartagena
Top of most travelers’ bucket lists for Colombia is the sultry city of Cartagena. It’s easy to see why: the stately old town is a magical walled complex of bougainvillea-slung cobblestone streets and shady squares where local performers shake, stamp and twirl in a lively embodiment of the city’s famous energy.

Absorbing the atmosphere of Cartagena can be an act as spirited – or as languid – as you choose. Laze the day away on Playa de Bocagrande or with long, leisurely lunches of sharp coconut ceviche at a family-run restaurant. At night, Cartagena is the place to indulge in a sundowner on a rooftop bar and sample the energetic nightlife of the city’s bars and clubs.

The Amazon jungle
Colombia lays claim to an extraordinary glut of flora and fauna that should place it on any wildlife lover’s bucket list. While it covers around a third of Colombia’s territory, the Amazon jungle is mostly inaccessible to tourists, but it remains the prime location for encountering vast swaths of untouched rainforest.

Book a tour into the jungle from the remote outpost of Leticia and spend a couple of nights exploring one of the globe’s wildest places. Boat trips puttering along the Río Amazonas and walking remote trails that slice through the forest floor promise encounters with inquisitive pink river dolphins, sluggish sloths and a cacophony of howler monkeys.

Zona Cafetera
If there’s one thing that keeps Colombia running, it’s coffee. Find out what all the fuss is about by exploring the Zona Cafetera. Cultivated within the lush hillsides of the departments of Risaralda, Caldas and Quindío are plantations of Colombia’s magic bean, arabica. Family-run operations, these fincas (farms) have opened their doors to curious tourists, with day tours and overnight stays available. Organize your transport from regional hubs Manizales and Pereira.

Relaxing on sun-soaked beaches or ambling along the jungle trails that edge the coastline are the flavor of the day here, with water currents at most beaches too dangerous for swimmers. To avoid the crowds, head by speedboat to Playa Cristal, an isolated island with pristine waters and gleaming beaches. Time your visit to Tayrona outside of January or February, which are the months when the park typically closes for maintenance.

Medellín
Once the stronghold of Colombia’s most infamous drug lord, Pablo Escobar, modern Medellín is a city reborn. Backpackers will find solace in the city’s plethora of hip music venues, while other travelers can enjoy a surplus of well-heeled neighborhoods that court visitors with shady restaurant terraces and slick bars. Known for its perennially spring-like climate, Medellin’s appeal is boundless, making it one of the best cities to visit if you’re short on time, particularly as it’s a gateway to the Zona Cafetera.

For art lovers, Colombian heavyweight Fernando Botero’s imprint is visible throughout, with his emblematic engorged statues adding humor to rowdy market squares. But to get deeper under the city’s skin, visit regenerative projects at Comuna 13 and Moravia to see how street art and innovative forms of transport have injected life into down-at-the-heel neighborhoods. You can also hop on a modern cable car that spirits you up and out of the valley and into Parque Arví, a nature reserve with pre-Hispanic trails through forests studded with orchids.

La Guajira Peninsula
Wild expanses of desert sit alongside the splendid blue of the Caribbean Sea in one of Colombia’s most desolate and unique places to visit. Inhabited by the indigenous Wayuu people, La Guajira Peninsula defied conquering by invaders throughout history, and the Wayuu still live here in secluded villages.

To appreciate the dazzling wildness that embodies Colombia’s northernmost point, you’ll need to organize a tour from Riohacha. Aim to spend at least one night on the peninsula and head out to Playa Taroa – often touted as Colombia’s most beautiful beach – where sand dunes empty of visitors calve straight into the glistening sea.

Sierra Nevada de Santa Marta
For a tantalizing glimpse into the past, head to the Sierra Nevada de Santa Marta, a mountain range that slices across the northeast of Colombia. After a tough three-day hike through thick jungle, you’ll come across Colombia’s finest archeological site, La Ciudad Perdida. The stone terraces of this once-crowded city were built around 850 CE along a steep-sided ridge and only reclaimed from the jungle in the 1970s. Accessible only with a tour group, La Ciudad Perdida remains remote, untouched and blissfully free of tourists.

San Gil
Adrenaline junkies should look no further than Colombia’s capital of adventure, San Gil. Water sports are one of the main draws here, with white-water rafting or hydrospeed tours buffeting you through scenic canyons along Class I to Class V rapids. If you’re keen to get off the ground, you’ll find abseiling excursions down gushing waterfalls, paragliding over rugged mountain peaks and even bungee jumping to help you get that thrill. Caving, mountain biking and canyoning are also available.

Cali
Few places in South America love to party as much as Cali, Colombia’s buzzing capital of salsa. The city’s addiction to rhythm is infectious, and a visit to Cali is one that’ll see you glued to the dance floor until dawn. Polish your moves at one of the many dance schools before hitting the dance floor with the locals in Zaperoco, a standout salsa club. For the most iconic – and explosive – introduction to Cali’s obsession, get your hands on a ticket to Delirio, a salsa and cabaret showcase of epic proportions that’s staged the final Friday of every month.

Providencia
Situated some 1240km (770 miles) north of Colombia in the balmy waters of the Caribbean Sea, the idyllic island of Providencia is one of the country’s most beautiful places to visit. Picture-perfect golden sand beaches – often practically devoid of visitors – and a laid-back atmosphere are all part of the appeal of this remote and sun-kissed patch of paradise.

Divers can splash in crystal clear waters alongside huge stingrays, turtles and reef sharks along the 32km (20-mile) stretch of barrier reef, the world’s third largest. For those keen to keep their heads above water, the 25ºC (77ºF) water temperatures and beachside restaurants will more than cater to your needs.

Bogotá
Rainy and cold thanks to its lofty position in the Andes Mountains, Bogotá might feel like it has little to recommend itself, but those who give it a chance will find Colombia’s capital a place with a cosmopolitan atmosphere and rich array of museums.

Gourmet dining rubs shoulders with rowdy nightlife in the city’s increasingly trendy neighborhoods of Zona Rosa and Chapinero. But for a more sedate and educational visit, spend a day marveling at the tremendous riches on display in the Museo de Oro, one of the continent’s finest collections of pre-Hispanic metallurgy. Another highlight is the Museo Botero, which comprises a significant collection of modern and Impressionist art, including 123 pieces by Botero himself.

Parque Nacional Natural Serranía de La Macarena
Due south of Bogotá, Parque Nacional Natural Serranía de La Macarena is a park that has found fame as one of the most unique places to visit in Colombia. Just a short drive from the nearest town of La Macarena, Caño Cristales is a river that runs pink. Dubbed the “liquid rainbow,” this remarkable stretch of water flushes rhubarb thanks to the growth of riverweed that occurs between July and October. Pack a bathing suit because you can swim in designated areas of the river.

Despite only becoming accessible to visitors in 2010 because it lay in FARC-occupied territory, Caño Cristales has since become a victim of its own loveliness. As a result, visitor numbers are now capped at only 200 per day, and you’ll need to book your ticket with a local tour operator in advance.

Parque Arqueológico Nacional de San Agustín
In the far southwestern department of Huila lies Parque Arqueológico Nacional de San Agustín. The site comprises a network of ceremonial and burial sites dotted with fantastical stone statues whose semi-human faces grin through fanged mouths and dizzyingly wide eyes. While their purpose remains largely a mystery to archeologists, many believe the area to have been a place of pilgrimage and ancestral worship built more than 2000 years ago. Pick up a local guide at the entrance to learn more as you explore the site.