‘Witness who was supposed to defend Uribe confirms bribery charge’ 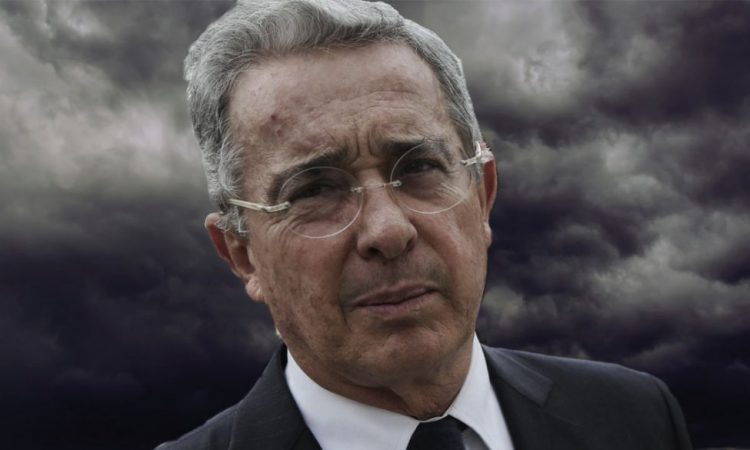 If the newspaper’s source within the court room is correct, this means that the strategy to defend Uribe against the fraud and bribery charges began falling to pieces the minute the trial began.

Uribe’s defense attorney, Jaime Granados, called the former paramilitary commander to testify in order to defend the former president’s claim he is the victim of a conspiracy.

Instead, Victor reportedly testified he received multiple payments from Diego Cadena, Uribe’s fixer, who is expected to testify on Friday and is already investigated by the prosecution on criminal charges.

This newspaper verified that one of them was the transfer of two million pesos in the name of a family member that is already on file. [Victor] also received, according to himself, other payments through a person close Cadena.

If Uribe’s first witness flipped as reported by El Tiempo, other witnesses are more likely to follow suit, especially because many of them were recorded while conspiring and will be reminded that perjury is a felony.

The State of Colombia vs Alvaro Uribe | Day 1: ‘Victor’

Uribe’s legal troubles getting bigger by the day

Victor and a number of other witnesses were supposed to claim that Pablo Hernan Sierra, a.k.a. “Alberto Guerrero,” was never a member of the death squad allegedly founded by the Uribe family and their neighbors in the late 1990s.

Sierra is one of the two surviving members of the Bloque Metro paramilitary group who have maintained this claim despite assassination attempts and the murders of other potential witnesses.

The reported failing of the strategy to discredit Sierra’s claim could result in the Supreme Court gathering more evidence to support criminal charges that are considerably more severe than fraud and bribery, charges that the Uribe brothers formed an illegal armed group.

Apart from trying to discredit Sierra’s claim, Uribe’s defense on Wednesday brought forth witnesses to support a second conspiracy theory, one claiming that former Prosecutor General Eduardo Montealegre was conspiring to discredit Uribe.

The main defender of this theory is former prosecutor Hilda Niño who has tried to use this conspiracy claim to barter a reduced sentence after admitting she took bribes from “El Mellizo,” a drug lord working with now-defunct paramilitary group AUC.

Whether this strategy will work is all but certain because also Niño was recorded talking to Cadenas and the former prosecutor is at risk of destroying her own plea agreement.

All hearings in the Uribe case are held behind closed doors, meaning that media have to rely on anonymous sources from within the court room whose credibility cannot be verified.

Meanwhile, Uribe and his far-right allies are trying to coerce public opinion by questioning the impartiality of the Supreme Court and persisting he is the victim of of a conspiracy.

Whether this will help his attempts to remain out of prison remains to be seen. Despite support from influential pundits in the press, the former president’s disapproval rating reach an all-time high last month.

Uribe is expected in court on October 8, the day that the magistrate can order his arrest if by then there is enough evidence to prove the former president is either a danger to society or the investigation.

share on Facebookshare on Twitter
Cómo se pronuncia Dressed in green and red, this is how the sculptures dawned in La Alpujarra
Colombia’s public news program goes off the air