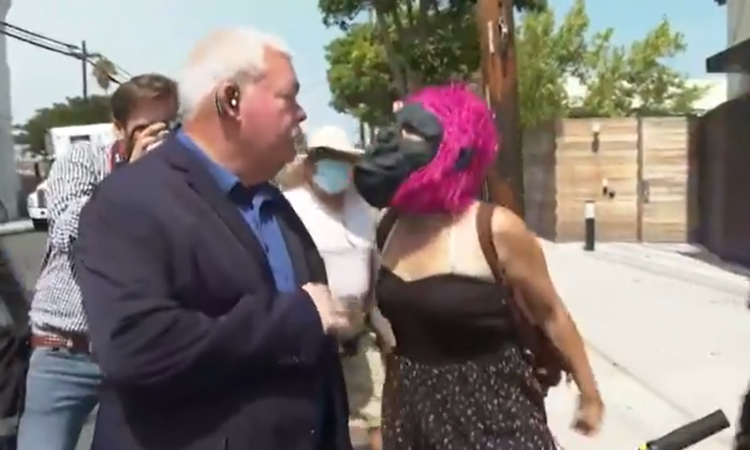 There were no reports of injuries and it was unclear if the woman faced any charges for the stunt.

Breaking: A flying egg narrowly missed the back of recall candidate @larryelder's head after it was thrown by an activist wearing a gorilla mask in Venice. A scuffle broke out and the candidate was escorted into an SUV.