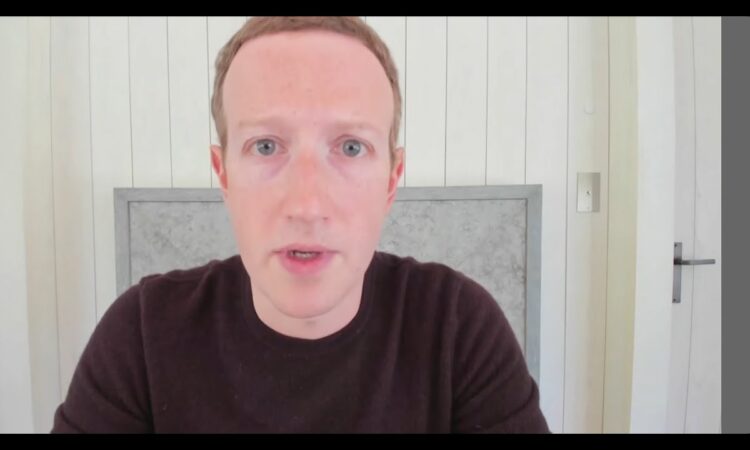 NASHVILLE — (Scroll Down For Video) — Project Veritas on Sunday released nearly an hour-long video purportedly from a “Facebook insider” who has been recording virtual meetings with the tech giant’s top executives.

Some notable quotes from the edited video are:

Mark Zuckerberg, Facebook CEO: “I know this is just a very difficult moment for a lot of us here [at Facebook], and especially our black colleagues. It was troubling to see how people in this [Capitol] mob were treated compared to the stark contrast we saw during [Black Lives Matter] protests earlier this [past] year.”

Zuckerberg: “The president [Trump] intends to use his remaining time in office to undermine the peaceful and lawful transition of power.”

Zuckerberg: “President Biden already issued a number of Executive Orders on areas that we as a company care quite deeply about and have for some time. Areas like immigration, preserving DACA, ending restrictions on travel from Muslim-majority countries, as well as other Executive Orders on climate and advancing racial justice and equity. I think these were all important and positive steps.”

Zuckerberg: “We also have the first woman and the first person of color as our vice president in the history of our country…The swearing in of Vice President Harris really stands as a reminder that despite the challenges that we are facing as a country, we all have so much to be proud of.”

Nick Clegg, Facebook Head of Global Affairs: “There has been quite a lot of disquiet expressed by many leaders around the world…ideally we wouldn’t be making these [censorship] decisions on our own, we would be making these decisions in line with our own conformity, with democratically agreed rules and principles. At the moment, those democratically agreed rules don’t exist. We still have to make decisions in real-time.”

share on Facebookshare on Twitter
TSA: You must wear a mask in the airport, but you must remove it to confirm your ID
Rep. Maxine Waters Schedules Hearing on GameStop Madness