HomeNewsWhat are we supposed to call Kamala Harris’ husband?
News

What are we supposed to call Kamala Harris’ husband? 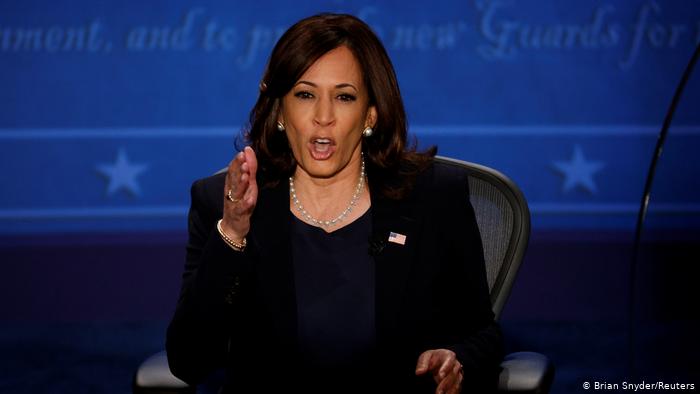 The 2020 presidential election has resulted in a series of firsts. CBS News projected Saturday that Joe Biden will become the 46th president of the United States, which would make his running mate, Senator Kamala Harris, the first Black vice president, the first Asian American vice president and the first Democratic vice president from the West Coast.

But as many in the nation celebrated Biden and Harris’ projected win on Saturday, another question quickly arose: what the world will call her husband, who is expected to be the first male spouse of a vice president in U.S. history.

Many posted their guesses on Twitter, which ranged from “second dude” to “vice spouse” to “second mister.” But once Harris is inaugurated in January, her husband, Doug Emhoff, will be unofficially referred to as the second gentleman, according to The Associated Press.

Emhoff has repeatedly shown his support for Harris’ vice presidential campaign. Soon after CBS News and other outlets projected that she and Biden secured the 270 electoral votes needed to secure the presidency, Emhoff tweeted a photo of himself and Harris hugging, writing “so proud of you.”

In October, Emhoff spoke with CBS affiliate WBZ about Harris’ campaign, describing her as a “joyful warrior.”

“It’s an honor to be able to do this and speak for her and Joe,” Emhoff said of campaigning for the pair.

Emhoff is a California-based attorney and partner of DLA Piper in Los Angeles. He is currently on a leave of absence, according to the firm’s website.

Biden will also bring about firsts to the White House, becoming the first president from Delaware and the first vice president to be elected president in nonconsecutive terms since Richard Nixon.