HomeNews‘We took off with 270 children, and we landed with 271.’ US Troops helped to deliver a baby aboard evacuation flight
News

‘We took off with 270 children, and we landed with 271.’ US Troops helped to deliver a baby aboard evacuation flight 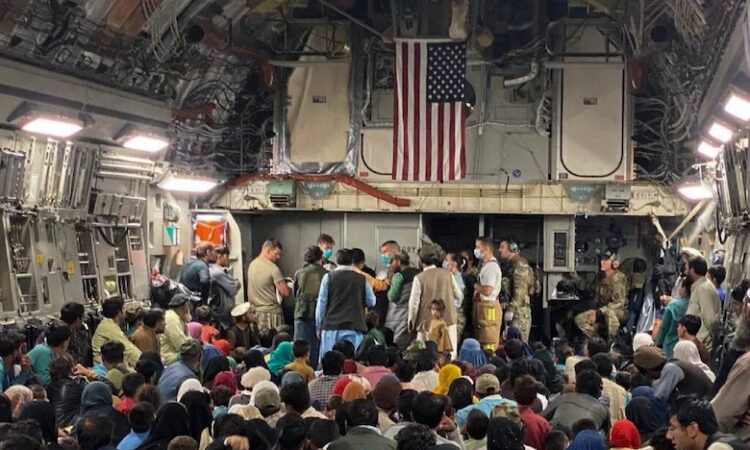 UNDISCLOSED LOCATION (AFNS) — A 315th Airlift Wing aircrew from Joint Base Charleston, South Carolina helped to deliver a baby aboard a C-17 Globemaster III carrying Afghans evacuated from Afghanistan, Aug. 23, moments before landing at a Middle East staging area with a jet filled with evacuees.

While in a holding pattern waiting to land, Capt. Dennis Conner, 701st Airlift Squadron aircraft commander, received a report from loadmaster, Tech Sgt. Leah Schmidt, also 701st AS, that there was a situation on the aircraft’s cargo deck.

Schmidt said there was a woman in distress who shut herself in the lavatory and was resisting assistance. Schmidt and Conner agreed they needed to land the jet as soon as possible because they had a potential medical emergency.

Capt. Leslie Green, an active duty Air Force flight nurse with the crew, quickly assessed the situation with Schmidt and determined the woman in the bathroom was delivering a baby.

Then, at about 1,000 feet in the air, Green, with the assistance of Schmidt, began to deliver the baby.

“The baby was perfect! … a little bit small; it definitely didn’t make it full term, but it came out crying,” Green said. “She [the baby] seemed to be doing well in this world.”

When Conner was told that a baby had been born on the flight deck, he said the jet was at an elevation of 800 feet.

“I think it was one of my best experiences,” Green added.

“Same here,” Schmidt said. “It tops anything I’ve ever been through.”

“It was the smoothest landing I’ve ever seen Capt. Conner make — it was very smooth,” said Lt. Col. Wesley Adams, 701st AS pilot.

After landing the C-17, “The EMTs on the ground were in the jet within seconds.”

“I think Capt. Green really stepped up and did a great job,” said Tech. Sgt. Dennis Hiott, 701st AS loadmaster.

“That was my first full delivery,” Green admitted. “But it wasn’t really hard. [The mother] really did the hardest part herself.”

The Air Force routinely adds flight nurses and medics to its evacuation missions in the event of potential medical emergencies during these flights.

The 315th AW and other U.S. and allied military organizations remain focused on the present mission directed by the president: to facilitate the safe evacuation of U.S. citizens, Special Immigrant Visa applicants, and other vulnerable Afghans, to get these personnel out of Afghanistan as quickly and as safely as possible.

The post ‘We took off with 270 children, and we landed with 271.’ US Troops helped to deliver a baby aboard evacuation flight appeared first on Breaking911.