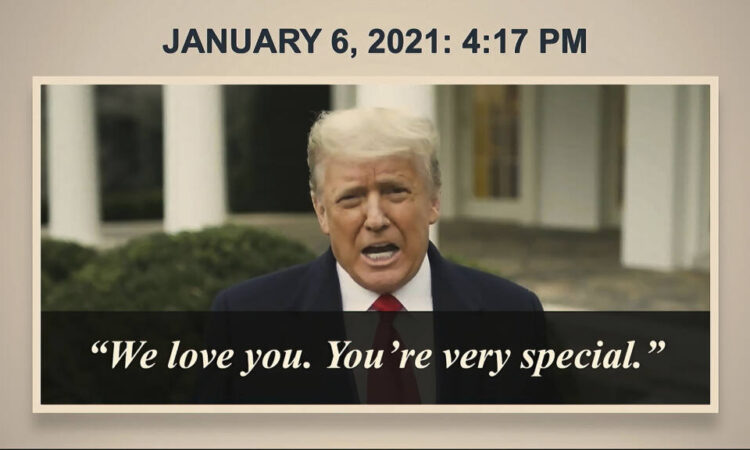 Former President Trump’s second impeachment trial continues in the Senate. Trump is being charged of incitement of an insurrection prior to the Jan. 6 Capitol chaos.

House impeachment managers Rep. Jamie Raskin, Rep. Eric Swalwell and Rep. Stacey Plaskett have up to eight hours to finish making their case. Trump’s lawyers, Bruce Castor and David Schoen, will have up to 16 hours to present their arguments.