WATCH: First look inside facility for housing migrant children at the U.S. border 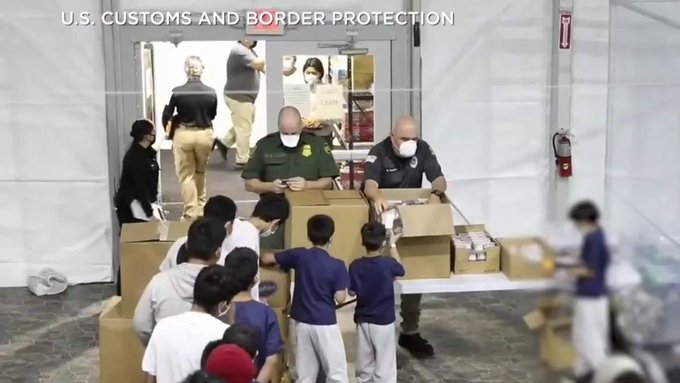 The Biden administration on Wednesday gave a first look to a limited number of media members inside a border facility in Texas that holds migrant kids and teens.

Only one camera was allowed in and journalists were ordered not to speak to the migrants during the tour.

The facility is not run by United States Customs and Border Protection (CBP), but one built during the Trump administration. In the past week, photos have emerged of not-so-ideal conditions in CBP facilities.

Republicans and Democrats have both called for more transparency from the Biden administration.

The post WATCH: First look inside facility for housing migrant children at the U.S. border appeared first on Breaking911.