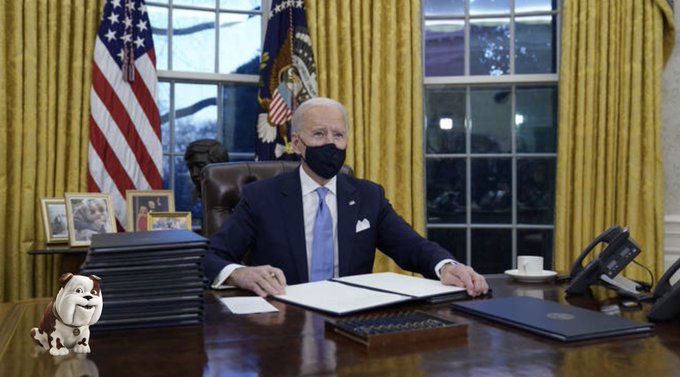 Joe Biden just signed two health-related executive orders in the Oval Office. He said the best way to describe the actions was “to undo the damage Trump has done.”

He said there is nothing new in the orders. “This is going back to what the situation was prior to the [former] president’s executive orders,” Biden said.

Biden said: “We got a lot to do and the first thing I have to do is get this Covid package passed.”