US has “broad authority” to revoke visas of Colombia’s top judges: embassy 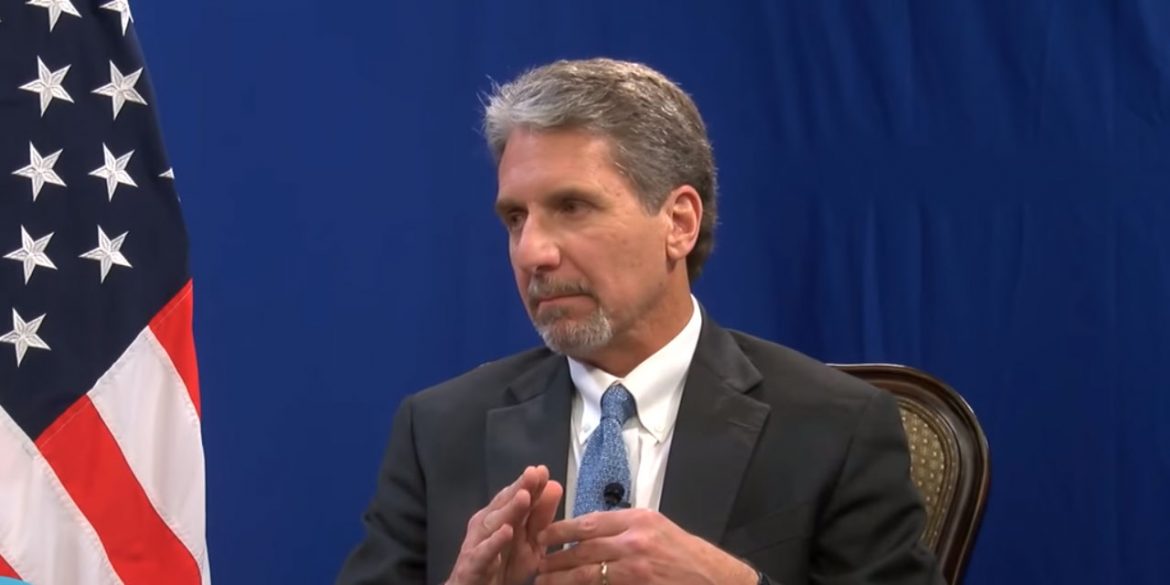 Facing a storm of criticism, the United States’ embassy in Colombia defended its decision to revoke visas of top judges, claiming it has “broad authority” to do so.

The US revoked the visas of two Constitutional Court judges and one Supreme Court judge while engaging in a diplomatic battle with Colombia’s high courts and Colombian congress over the extradition of war criminals.

The courts have limited the possibility to extradite alleged war criminals on drug trafficking charges that are not substantiated by evidence.

Most recently, the Constitutional Court allowed the war crimes tribunal to test evidence of alleged drug trafficking before allowing the extradition of former guerrilla leaders.

In the press statement, the embassy said that “we do not comment on individual visa cases” and stressed that “the Department of State has broad authority to revoke visas based on information coming to light at any time that indicates that the visa holder may be inadmissible to the United States, or does not meet visa requirements.”

In the case of the constitutional judges, there are no indications they would not meet any visa requirements.

Notwithstanding, the embassy said it “reaffirms the strong friendship and alliance between Colombia and the United States” and claimed to have “supported the Colombian government and the Colombian people in times of war, and will continue to support them in times of peace.”

In Colombia, the latest move of the US government was broadly interpreted as an attempt to influence the courts that have the final say over issues not just related to the extradition of alleged war criminals, but also the use of dangerous chemicals to spray coca, the base ingredient for cocaine, that was banned by the Supreme Court in 2015.

Whitaker has increasingly come under criticism for his alleged meddling in domestic affairs like Colombia’s ongoing peace process between the state and the FARC, a former guerrilla group that laid down its weapons in 2017 and has since become a political party.

According to multiple congressmen, the ambassador threatened with aid cuts for its “friend and allies” unless the lawmakers would limit the powers of the war crimes tribunal that prioritizes victims of war crimes over US claims some of the alleged war criminals trafficked drugs.

Last year, the US government plunged Colombia’s peace process into crisis after requesting the extradition of one of the FARC’s former ideologues, “Jesus Santrich,” on an unsubstantiated drug trafficking claim that appeared to be contradicted by evidence.

Whitaker, who is expected to leave Bogota if the US Congress this time is able to agree on his replacement, has been dealing with multiple scandals, deteriorating relations and foreign policy failures that have marred his embassy ever since he took office in 2014.

share on Facebookshare on Twitter
Medellin to replace 1500 yellow cabs with electric taxis in attempt to curb pollution
Where to next for Colombia’s James Rodriguez?