US court sentences Honduran president’s brother to life in prison 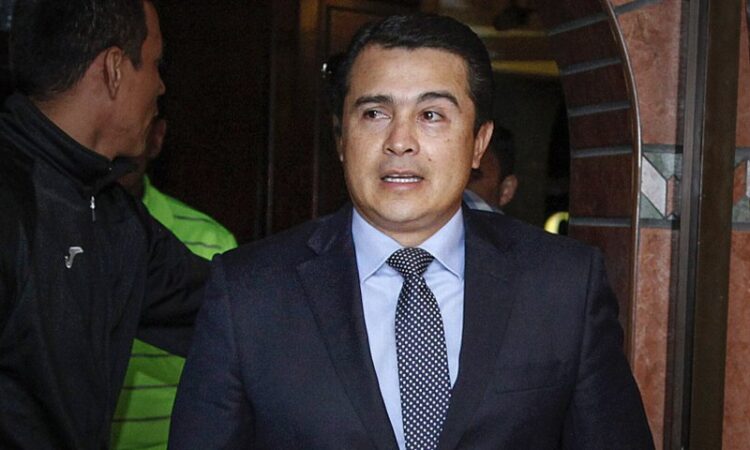 “Exploiting a high-ranking position in government to wield the power of the state to support drug trafficking is as nefarious as it comes,” said Special Agent in Charge Wendy C. Woolcock. “The conviction and sentencing of Tony Hernandez is a reminder there is no position powerful enough to shield you from facing justice when you violate U.S. drug laws by sending tons of cocaine to our country. As important as this conviction is to the people of the United States, it is also important to the citizens of Honduras who Hernandez purposely put in harm’s way for his own personal gain. Today’s sentencing is a victory for the rule of law and we are grateful to our federal and international partners who made this possible.”

As reflected in the superseding indictment, other filings in Manhattan federal court, evidence at trial, and statements made in court proceedings:

Tony Hernandez, along with his brother Juan Orlando Hernandez, played a leadership role in a violent, state-sponsored drug trafficking conspiracy. Over a 15-year period, Tony Hernandez manufactured and distributed at least 185,000 kilograms of cocaine that was imported into the United States. Tony Hernandez commanded heavily armed members of the Honduran military and Honduran National Police; he sold machine guns and ammunition to drug traffickers, some of which he obtained from the Honduran military; he controlled cocaine laboratories in Colombia and Honduras; he secured millions of dollars of drug proceeds for Honduras’s National Party campaigns in connection with presidential elections in 2009, 2013, and 2017; and he helped cause at least two murders. Tony Hernandez made at least $138.5 million through his drug trafficking activities, money he was ordered to forfeit in connection with today’s sentencing.

By 2008, Tony Hernandez’s narcotics trafficking had expanded, and he was also manufacturing his own cocaine in a laboratory he controlled near El Aceitico, Colombia. Tony Hernandez told his co-conspirators that some of the cocaine manufactured at his laboratory was stamped with his initials “TH,” and a photograph of a kilogram of “TH” stamped cocaine was intercepted during the course of the investigation. Tony Hernandez supplied his co-conspirators with tons of cocaine that was produced at his laboratory.

In 2018, Tony Hernandez continued to engage in large cocaine shipments with Nery López Sanabria, another significant Honduran drug trafficker. Honduran authorities arrested and detained López Sanabria in connection with a traffic incident and recovered, among other things, several drug ledgers in a secret compartment of his car. One of the ledgers was labeled “Hard Work” 2018, and reflected a 650-kilogram cocaine shipment with Tony Hernandez. At least one of the other ledgers seized by Honduran law enforcement in 2018 contained references to “JOH,” initials used by Juan Orlando Hernandez. López Sanabria was murdered in a Honduran prison, as described below, shortly after his drug ledgers were introduced at Tony Hernandez’s trial.

Tony Hernandez’s Obstruction and Other Efforts to Influence the Investigation

On Aug. 8, 2019, Fernandez Rosa was sentenced in this district to life in prison for, among other things, his participation in Tony Hernandez’s cocaine importation conspiracy and for committing 18 murders. Several of Tony Hernandez’s other co-conspirators, including, among others, Hernandez Pineda, Calix Hernandez, Bonilla Valladares, Arnaldo Urbina Soto, Carlos Fernando Urbina Soto, and Miguel Angel Urbina Soto, are also charged in this district with firearms and drug trafficking offenses based on, among other things, their participation in Tony Hernandez’s cocaine importation conspiracy. On Feb. 12, 2020, Hernandez Pineda surrendered in this district and he is awaiting trial. The government of Honduras has not extradited Calix Hernandez, Bonilla Valladares, or the Urbina Sotos. On March 22, 2021, Tony Hernandez’s co-defendant and co-conspirator Geovanny Fuentes Ramirez was convicted at trial in this District of drug trafficking and weapons offenses. Fuentes Ramirez’s sentencing is scheduled for June 22, 2021.

The post US court sentences Honduran president’s brother to life in prison appeared first on Breaking911.