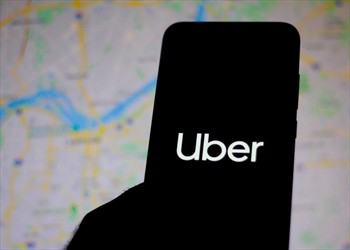 Colombia’s authorities ordered Uber to immediately cease activities in Colombia on Friday, but without effect. The taxi service continued normally.

A judge at the Superintendency for Industry and Commerce (SIC) ordered the immediate suspension of services after the US company was sued by Cotech, a taxi company from the capital Bogota.

According to the judge, Uber was “violating norms that regulate” taxi services and thus engaging in “unfair competition.”

Curiously, Industry and Commerce Superintendent Andres Barreto told US television network Bloomberg that Uber “can’t be forced to comply unless ordered to do so in a separate action.”

On Sunday, the press release announcing the order had disappeared from the SIC’s website and users told Colombia Reports the service effectively had continued operating.

Uber said in a press release that it would appeal the decision before a Bogota court and criticized lawmakers for failing “to bring sensible regulations for ride sharing to Colombia.”

The taxi app’s problems to comply with regulations in Colombia have been dragging on for years and are not unique.

A regional court in Germany in the region around Frankfurt sunk Uber’s deal with taxi drivers last week after another court banned its core services in 2015.

Last month, a London court revoked its license after concluding it wasn’t “fit and proper” to provide taxi services for failing to properly vet drivers. Also in the British capital the service reportedly continued operating while awaiting an appeal.

While the company is appealing court sentences left and right, US media on Sunday reported that Uber co-founder and former CEO Travis Kalanick sold more than $2.5 billion worth of his shares over the past month.

According to CNBC, the co-founder’s move is “interpreted by some as a vote of no confidence in current management.”

Other former executives have also been selling their shares as the company’s shares fail to exceed the value of which they were sold when the company went public less than a year ago.

share on Facebookshare on Twitter
Luxury furniture for Christmas present with Eclipse Design
Rooms for teenagers: functional and modern ideas