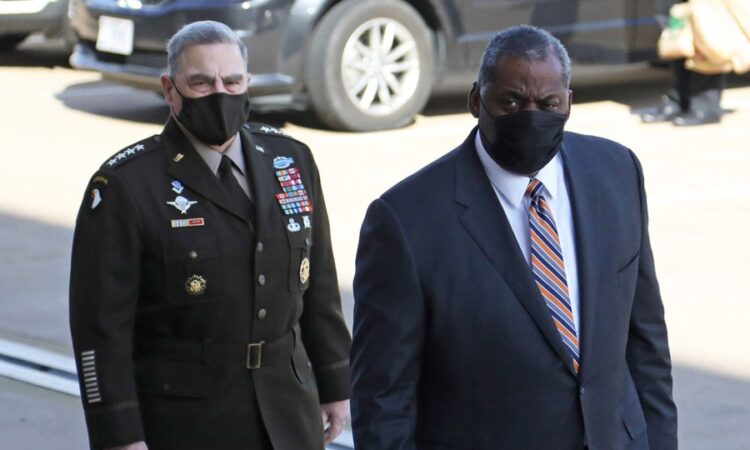 U.S. and South Korean forces recently resumed military drills in South Korea after temporarily halting them last February due to the coronavirus.

While speaking at a press conference today, Sec. Austin stated that “[The alliance] is critical not only to the security of the Republic of Korea and the United States, but also to the peace and stability of Northeast Asia and a free and open Indo-Pacific region.”

He also said that the U.S. and South Korea “remain committed to the denuclearization of the Korean Peninsula.”

In addition, Sec. Austin emphasized the importance of military readiness: “Our force remains ready to ‘fight tonight,’ and we continue to make progress toward the eventual transition of wartime operational control to a [Republic of Korea]-commanded, future Combined Forces Command.”

He continued, stating, “While meeting all the conditions for this transition will take more time, I’m confident that this process will strengthen our alliance.”

She also told the Biden administration that “If you wish to sleep well for the next four years, it would be better not to create work from the start that will make you lose sleep.”

White House Press Secretary told reporters on Monday that the U.S. has been trying to contact North Korea since February, but has not yet received a response.

The Biden administration has reached out to North Korea but has not received a response, White House Press Secretary Jen Psaki told reporters, adding, ‘Diplomacy is always our goal.’ More here: https://t.co/7xsgPkMUjY pic.twitter.com/wC6feg6uGa