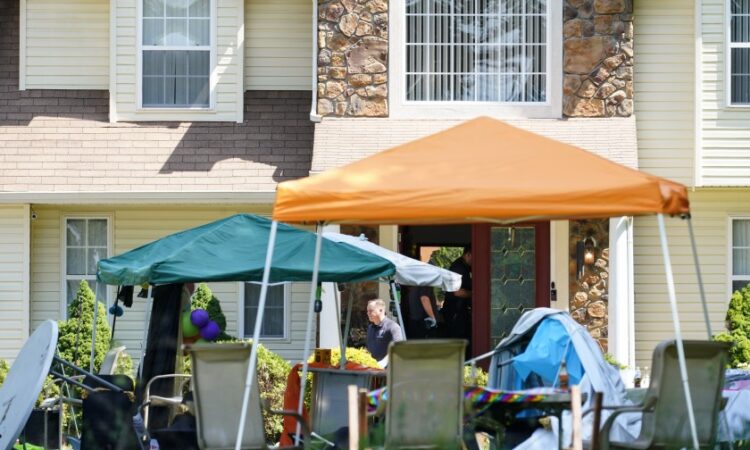 Two people are dead and 12 are injured after shots were fired late Saturday night at a house party in Bridgeton, New Jersey, according to police.

New Jersey State Police said a 30-year-old man and a 25-year-old woman were killed after sustaining gunshot wounds. The 12 others who were shot suffered variable injuries, with one in critical condition at a nearby hospital.

On Sat., May 22, at 11:50 p.m., NJSP responded to a residence on E. Commerce St. in Fairfield Twp., Cumberland Co. for the report of a shooting with multiple victims.

Troopers are on scene investigating. There is no additional information at this time. Updates to follow. #alert

Some of the wounded victims were taken to nearby hospitals by medics, while others drove themselves, according to a report by ABC 6. Several people fled the scene after shots were fired, police said, adding that they were searching nearby woods for possible victims on Sunday.

Helicopter video of the scene showed a tent that had been knocked over to the ground, with debris scattered around the yard.

Cars were seen parked along the street, with some parked blocks away. Police are investigating at least one vehicle that was parked at a nearby graveyard.

Multiple law enforcement agencies are investigating the incident. No arrests have been made, and a motive for the shooting remains unclear.

share on Facebookshare on Twitter
Big Music Needs to Be Broken Up to Save the Industry
Florida Gov. Ron DeSantis Signs Bill To Stop Big Tech Censorship