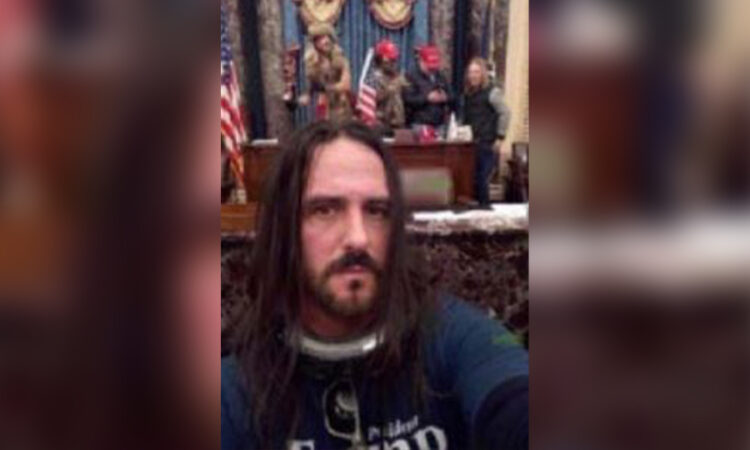 According to court documents, Paul Hodgkins, 38, of Tampa, Florida, entered the U.S. Capitol building at approximately 2:50 p.m. on Jan. 6. Around 3 p.m., Hodgkins entered the Senate chamber, walked among the desks, and then removed eye goggles. He took a “selfie-style” photograph with his cell phone and walked down the Senate well where, a few feet away, several individuals were shouting, praying and cheering using a bullhorn. Hodgkins walked toward the individuals and remained standing with them while they continued commanding the attention of others. At approximately 3:15 p.m., Hodgkins exited the Senate chamber and the U.S. Capitol Building.

Hodgkins pleaded guilty to one count of obstructing an official proceeding, which carries a maximum sentence of 20 years in prison, fine of $250,000 or twice the monetary gain or loss of the offense. He is scheduled to be sentenced on July 19 at 10 a.m.

The post Trump supporter who took selfie in Senate Chamber on Jan. 6 faces 20 years in prison appeared first on Breaking911.

share on Facebookshare on Twitter
“It will not be returning.” Trump Blog Page Shut Down For Good
HEARTBREAKING: 5-Year Old Migrant Boy Seen Wailing At The Border After Smugglers Abandoned Him