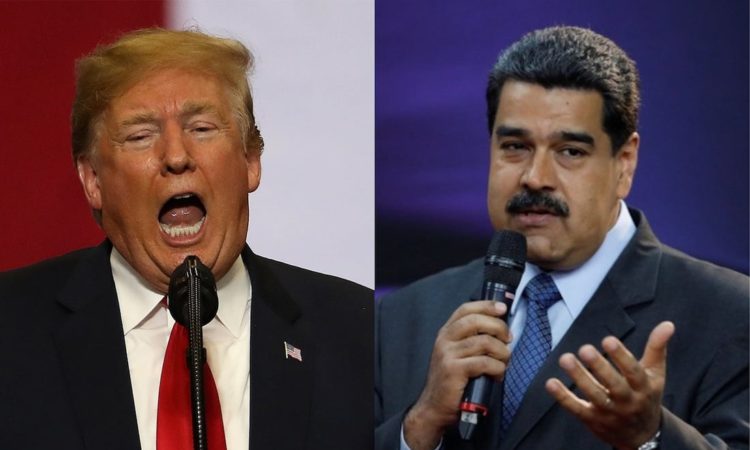 The Trump administration said on Wednesday it was deploying more U.S. Navy ships to the Caribbean to prevent drug cartels and “corrupt actors” like Venezuelan President Nicolas Maduro from taking advantage of the coronavirus pandemic to smuggle more narcotics.

President Donald Trump said he was doubling U.S. military resources in the region, including vessels, aircraft and personnel, in a drug interdiction effort to deal with what he called a “growing threat.”

The beefed-up operation will also entail sending Navy ships closer to Venezuela, according to a U.S. official and two people familiar with the matter, who spoke on condition of anonymity. But it was unclear how close they would get to the Venezuelan coast, the sources said.

Trump, joined by Defense Secretary Mark Esper and Joint Chiefs of Staff Chairman Mark Milley, made the announcement at the start of the White House’s daily briefing on efforts to battle the pandemic.

It follows the indictment last week of Maduro and more than a dozen current and former officials on charges of narco-terrorism conspiracy, drug trafficking and corruption.

Maduro has remained in power despite a wide-ranging U.S.-led campaign of sanctions and diplomacy, something U.S. officials have privately said is a source of frustration for Trump.

On Tuesday, however, The Trump administration offered to begin lifting Venezuela sanctions if the opposition and members of Maduro’s Socialist Party form an interim government without him, marking a shift in a U.S. policy.

Trump said Wednesday’s move was needed because there is a “growing threat” that cartels and criminals will try to take advantage of the pandemic. “We must not let that happen,” he said.

“Corrupt actors, like the illegitimate Maduro regime in Venezuela, rely on the profits derived from the sale of narcotics to maintain their oppressive hold on power,” Esper said. “The Venezuelan people continue to suffer tremendously due to Maduro’s criminal control over the country.”

The naval deployment could ratchet up pressure on Maduro and his allies but is not a prelude to U.S. military action against Venezuela, one person familiar with the matter said.

Although Trump has insisted that all options are on the table against Muduro, U.S. officials have made clear there is little appetite for military force, which could entangle the United States in another foreign conflict.

Federal prosecutors last week accused Maduro and his alleged accomplices of shipping tons of cocaine into the United States each year, using the drugs as a “weapon.” Maduro dismissed the charges as false and racist.