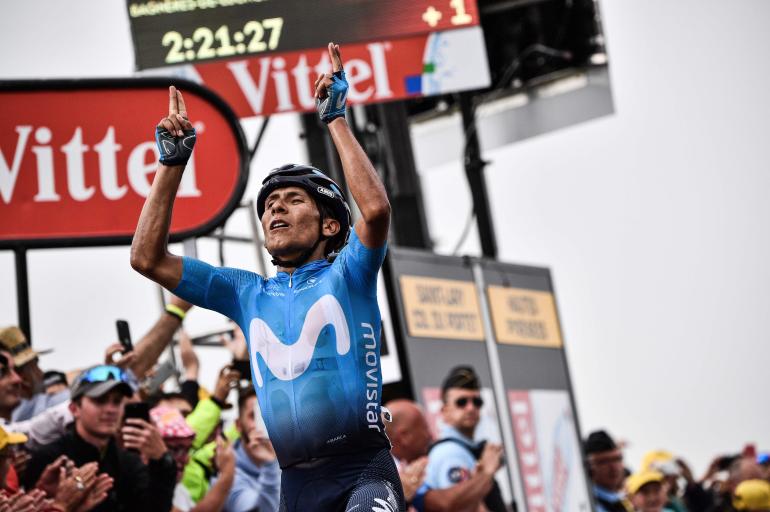 Quintana, a specialist climber, powered up the steep 65km course, being ridden for the first time this year, to finish ahead of Ireland’s Dan Martin and Thomas, who increased his overall lead over the pack. Dutch rider Tom Dumoulin is now closest to Thomas, a shade under two minutes behind him with just three genuine stages remaining.

Thomas held an overnight lead of 1 minute 39 seconds on compatriot Chris Froome, but took it to 2:31 after the four-time champion crossed the finish 1:36 behind Quintana and nearly a minute off Thomas. Froome has won the last three Tours.

Quintana suffered tyre and mechanical problems to win the an eventful stage run between Bagnères-De-Luchon to Saint-Lary-Soulon but hung in there before making the decisive breakaway with 15km remaining.

Here’s what happened on another big day at #TDF2018 . pic.twitter.com/GrAWqq1dRg

It was Quintana’s second career stage victory in the Tour, having also won a leg in 2013.

Many thought Thomas might suffer in this short stage but it was in fact teammate Froome who fell away, his chances of a fourth successive Tour now all but gone.

Peter Sagan also had a bad day, finishing way back after an early crash, but the Slovakian rider is still assured of the green jersey as winner of the points competition.

Friday’s stage is the final day in the mountains, but has a downhill finish in Laruns. The final podium placings will be decided by the penultimate-stage time trial, over 31 km, on Saturday.