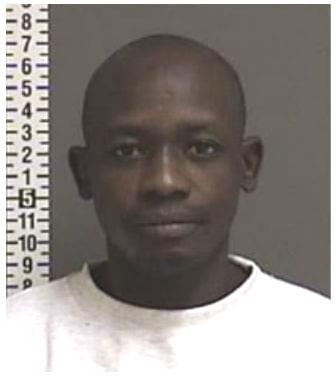 BEAUMONT, Texas – A 45-year-old international terrorist imprisoned in the U.S. Bureau of Prisons has been convicted of additional offenses in the Eastern District of Texas.

Mohamed Ibrahim Ahmed, an Ethiopian national born in Eretria, was found guilty by a jury of attempting to provide material support to a designated foreign terrorist organization (ISIS) and making a false statement to the FBI, following a seven-day trial before U.S. District Judge Marcia A. Crone.

“This terrorist has shown that he was committed to his ideology and to violence,” said Eastern District of Texas U.S. Attorney Joseph D. Brown. “It was important to pursue these charges not only to keep him in prison, but to deter others who would recruit in jail cells.”

“This defendant is a repeat offender. While in prison on terrorism charges, Ahmed continued to recruit fellow inmates to join ISIS to train them and to help them plan future attacks,” said Assistant Attorney General for National Security John C. Demers. “As long as terrorists keep offending, the Department will continue to bring them to justice. We have done so in this case.”

“The threat posed by individuals like Ahmed is real and one we cannot afford to underestimate or ignore,” said Special Agent in Charge Perrye Turner of the FBI Houston Division. “The threat from ISIS continues to evolve to include sustained radicalization online, loss of the physical caliphate, and inspiration for individuals to conduct attacks in their home countries using any means possible. It is with any means possible and using all tools available to us that the FBI will continue to investigate criminal and national security threats to the United States, wherever they originate.”

According to information presented in court, in 2013 Ahmed was convicted in the Southern District of New York of conspiring to provide material support to and receive military-type training from a foreign terrorist organization. Ahmed had attended an al Qaeda training camp in Afghanistan in 1996 and was a member of the Brandbergen Mosque network, which financially and logistically supported other terrorist groups. A federal judge in New York sentenced Ahmed to 111 months in federal prison and he was transferred to the Federal Correctional Institute (FCI) in Beaumont, Texas to serve his sentence.

Ahmed continued his terrorist activities while serving his sentence at FCI-Beaumont. He recruited at least five inmates to join ISIS and to conduct terrorist acts in the United States after their release from federal custody, telling them that he was aligned with ISIS and supported al Shabaab and al Qaeda. From prison, he celebrated the Ariana Grande concert bombing and other acts of terror in the news, telling an inmate, “They kill kids, we gonna kill kids.” Ahmed wanted the inmates he was recruiting to either travel abroad to join ISIS, or create “sleeper cells” within the United States to carry out attacks.

Ahmed provided would-be recruits with a training manual on how to carry out violent jihad, including topics such as “how to carry out guerilla war,” “selection of human targets,” and “how to carry out assassinations.” He even held physical training exercises with other inmates in the prison yard to get them in shape to carry out the acts of terror he was plotting. Ahmed also discussed a plot with fellow inmates to bomb the Federal Detention Center in New York City as a revenge for his prosecution there.

Under the federal statute, Ahmed faces up to 25 years in federal prison at sentencing. The maximum statutory sentence prescribed by Congress is provided here for information purposes, as the sentencing will be determined by the court based on the advisory sentencing guidelines and other statutory factors. A sentencing hearing will be scheduled after the completion of a presentence investigation by the U.S. Probation Office.

share on Facebookshare on Twitter
‘I Can Kill.’ Man Who Wanted To Join ISIS Arrested Waiting To Board Ship, Feds Say
Dallas Man Gets 30 Years for Recruiting for ISIS Through App