The world is still producing more oil than it needs. 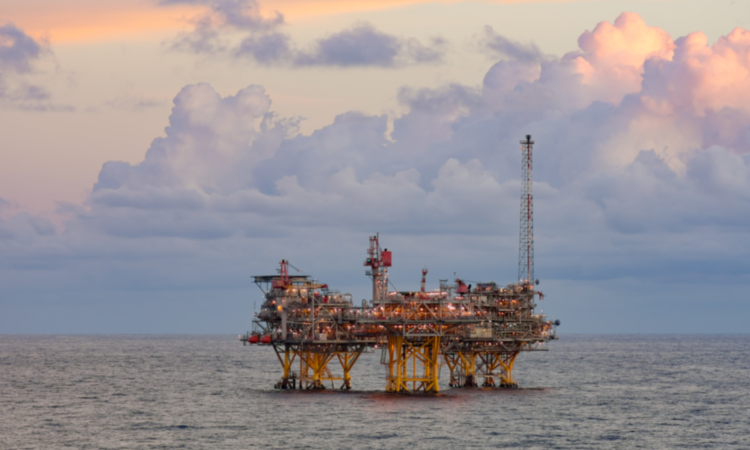 SOMETHING WEIRD HAPPENED on the oil market last week. For a few minutes on April 20, the price of a barrel went negative for the first time ever. The unprecedented collapse of prices is linked to the pandemic, which has caused people to stop doing oil-guzzling things like flying and driving. There’s now so much extra petroleum on the market that the world is running out of places to put it. If you’re an oil producer, it seems like the sensible thing to do in this situation would be to … stop producing so much oil.

On Friday, members of the Organization of the Petroleum Exporting Countries, Russia, the US, and others will begin scaling back their production by nearly 10 million barrels per day. They hope that this will help stabilize prices and take some pressure off of producers and refineries that are scrambling to find a place to store the excess. But the rollback isn’t likely to be enough. Oil producers would have to reduce production by almost three times that amount to match the downturn in demand. So why don’t they?

The short answer is because temporarily closing or “shutting in” a well costs money—and potentially lots of money. It’s not just about the foregone revenue, which is less of a concern when prices are dipping into the negative. It’s about what happens when the well is opened back up. “Shutting in a well is not especially difficult,” says Eric van Oort, a petroleum engineer at the University of Texas at Austin. It’s mostly a matter of shutting off a master valve at the surface, much like turning off a faucet. But, he says, “operators are generally reluctant to shut in their wells if they don’t absolutely have to, because they know they’re going to incur some damage on those wells.”

The US has been the largest producer of crude oil in the world for the past two years, and the vast majority is dredged up in Texas and on offshore derricks in the Gulf of Mexico. On land, most of America’s crude is produced from shale reservoirs, which trap the oil in rocks with low permeability. To set it free, companies use a technique called hydraulic fracturing, or fracking, that opens cracks in rocks deep in the Earth by blasting them with water or gas.

Shut-ins are a normal part of oil production, but they are usually limited to a few wells at a time and mostly undertaken for repairs. Petroleum producers have known for decades that shale wells that have previously been shut in produce less oil when they’re reopened, says John McLennan, an expert in geomechanics at the University of Utah Energy and Geoscience Institute. But the exact cause of the damage is often unclear. McLennan says that one of the most well-supported explanations is water blockage.

A well typically taps into a mixture of oil and water. Both are pumped to the surface, but the water is treated as waste. When a well is shut in, the ratio of oil to water is recalibrated, since there’s no longer a big pipe sucking on the fissures in the rock. Because the rock in shale wells isn’t very permeable, water may accumulate in the fractures. When the well opens up again, it may end up producing more water than oil, because the accumulated H2O impedes the movement of oil. Shale wells typically operate on thin profit margins, so even a relatively small loss in productivity could make the well unprofitable.

Van Oort says the amount of time a well is closed doesn’t really affect how much damage the shut-in inflicts on the reservoir. Once the well is closed, the damage is done. If producers have to repeatedly shut the well, the damage can compound over time and reduce productivity even more. “It is always best to leave the well alone once you go to production,” says van Oort.

The situation is a bit better for the roughly 1,000 offshore oil derricks in the Gulf of Mexico. These are typically conventional wells where a pipe is drilled into the ground and oil is pumped up—almost like sucking a milkshake through a straw. Offshore oil producers are accustomed to temporarily turning wells off during hurricanes, and shut-ins don’t have as big of a negative effect on their ability to produce oil. The reason for this, says McLennan, is because the offshore reservoirs are more permeable, which allows the oil to flow more freely.

But even though offshore reservoirs might not sustain as much damage from shut-ins, McLennan says the wells are a bit more challenging to turn off. Some subsea pipelines may need to be protected if the oil contains waxy paraffins, which can solidify in pipelines at the bottom of the ocean, where temperatures are just a few degrees above freezing. So before an offshore well can be turned off, there’s often a lot of preventative maintenance that needs to be done, like flushing the pipes and filling them with a fluid that prevents wax formation. “If you don’t do the preventative maintenance in advance of a shut-in, it can have serious consequences for subsea flow lines,” says McLennan.

Although the OPEC agreement to reduce production officially begins on Friday, many US producers started shutting their wells weeks ago in response to dismally low prices. These shut-ins have largely been led by the roughly 2,000 small independent and private oil companies in the US, most of which produce less than 20,000 barrels per day. “The brunt of the pain is being felt by small companies with fewer wells,” says Frederick Lawerence, vice president of economics and international affairs at the Independent Petroleum Association of America. “It is one thing when prices are down, but this twin calamity with Covid-19 is a fall to earth without a parachute.”

Smaller independent and private companies don’t have many of the advantages afforded to large independents or global companies like BP or ConocoPhillips. Bigger companies have priority access to pipelines and storage, and also tend to have diversified revenue streams—they don’t just produce the oil, they also refine it, transport it and so on. Smaller companies, by contrast, are “totally dependent on the wellhead,” Lawerence says. Without significant storage capacity, they have no choice but to shut in the wells if no one is buying.

Large companies may be able to cushion the blow from the drop in demand, but even they are not immune to shut-ins. According to a Wall Street Journal report last week, offshore drillers have already started shutting in wells, and they will close more in the near future to meet the reduced production targets that the US and other countries agreed to in April.

Lawrence says that widespread shut-ins of both conventional and fracked oil wells is unprecedented. He expects the wave of shut-ins will result in some consolidation among smaller producers or acquisitions by larger companies. Covid-19 won’t kill American oil, he says, but “what has transpired will ultimately change the nature of the industry that emerges.”