HomeNewsThe Lights Went Out at a Caracas Hospital, Then Patients Started Dying
News

The Lights Went Out at a Caracas Hospital, Then Patients Started Dying 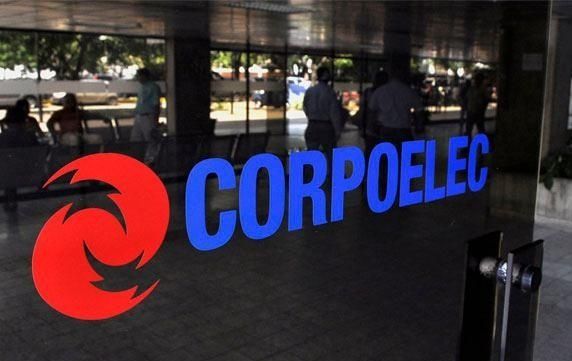 Last weekend revolved around Juan Guaidó’s announcements in the cabildo abierto and the apparent revival of the opposition that followed. There’s a sense of urgency among both the Venezuelan people and the international community for a transition in Venezuela. A feeling reconfirmed last Saturday after a five-hour blackout killed at leasttwo patients at Caracas’ University Hospital.

Over a hundred people, including at least 12 patients, five of them under critical care (three newborns and two elderly), their relatives, and some doctors had to be moved to different hospitals in the capital, a slow and complicated process due to the limited number of functioning ambulances at the health center. By 9:00 p.m., about two hours after the lights went off, the hospital’s union leader, Mario Zambrano informed the deaths of two patients in the Emergency Room. A few hours later, social media reports claimed five more patients had died due to the blackout. The total number is still unconfirmed.

Around midnight, Luis Motta Domínguez, Minister of Electrical Energy informed—in his best Pontius Pilate style—that the blackout was caused by an internal problem in the Hospital’s electric grid and that it wasn’t a consequence of his mismanaged corporation. When asked about the reasons why the hospital generators didn’t start after the blackout, he limited to answering “ask the director”.

The hospital’s board of directors has been in the public opinion spotlight for a while now…  and for all the wrong reasons.

Back in November, Drs. Pablo Castillo and José Alvarado’s names (subdirector and director, respectively) went viral on social networks after signing a letter where they refused supplies from NGO Doctors Without Borders, and urged the international community to lift economic sanctions against chavista honchos, if they really wanted to help patients. More recently, Castillo and Alvarado were photographed “enjoying” a party with a garota inside the hospital director’s office, lap dance included. It’s surprising that the board of directors had the time and resources to carry on with this show, but not to address the fact that the hospital’s electric generators have been broken down for over three months, as denounced by Dr. José Manuel Olivares. 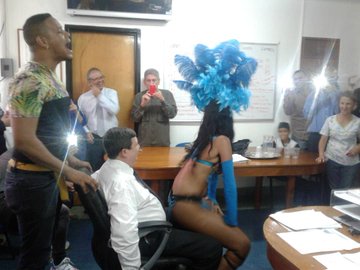 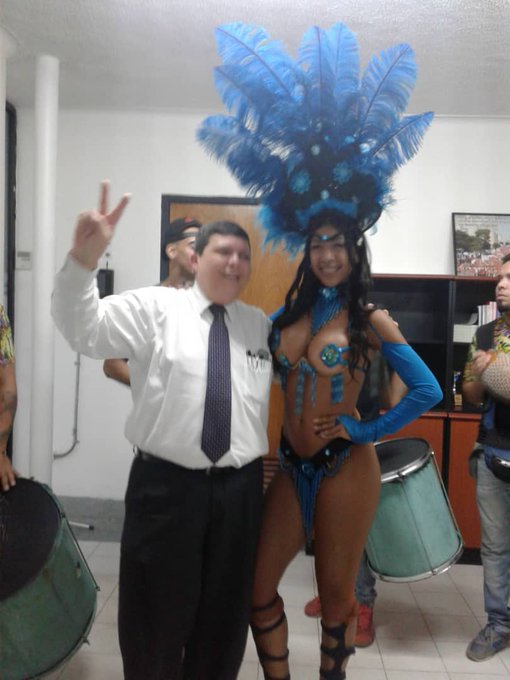 Blackout deaths aren’t new. They’ve been reported around hospitals in the interior for years now. But this case is remarkable for reasons beyond the board of directors being a bunch of jerks.

First, the government has always done “its best” to keep things like this from happening in Caracas, a city that only recently has experienced the full scale of the decade-long national electric crisis. It’s hard to think about a worst moment for a scandal like this to happen. On the other hand, the blackout comes just hours after Nicolás Maduro had meetings with UN and Unicef representatives, announced the arrival of 2000 Cuban doctors “expelled from Brazil” and 500 Cuban specialists supposed to somehow replace the over 15,000 Venezuelan doctors that have left the country, and that according to the President (?) will “strengthen the Venezuelan health system”.

As expected, Motta Domínguez said on Sunday morning that the blackout was the product of sabotage inside the hospital, informing that the electric service had been partially restored. He ended his statement claiming that it was “a repudiable act of people who don’t care about life.”

I couldn’t agree more, if there’s something clear after 20 years, is that the revolution doesn’t care about anyone’s life.