Opinion: The conflict we can’t ignore 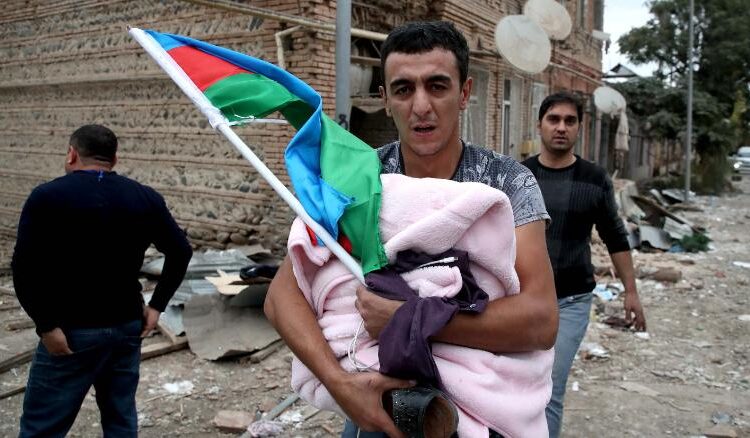 While the world is preoccupied with the Covid-19 pandemic, the regional conflict in the remote separatist enclave of Nagorno-Karabakh is threatening to escalate into a wider war on the doorsteps of Europe and Asia. Saturday’s Russia-brokered ceasefire has already crumbled, with Russian Foreign Minister Sergei Lavrov acknowledging Monday that hostilities were continuing.

The violence, which broke out two weeks ago, has killed more than 300 people and International Committee of the Red Cross (ICRC) president Peter Maurer told me that fighting is so intense even staff working close to the contact line had to take shelter frequently.
Nagorno-Karabakh is controlled by ethnic Armenians located in Azerbaijan and both Armenia and Azerbaijan, two former Soviet republics, have accused each other of violating the terms of the ceasefire. Given that the conflict can be traced back to the early 20th century, it is hard to imagine genuine peace taking hold without the resolution of long-standing grievances.
Already the agreement has been rejected by Turkey, an aspiring regional power and NATO member that has been backing Azerbaijan. Saturday, the Turkish foreign ministry said the ceasefire is “no substitute for a permanent solution” and that it will continue to stand with the Azerbaijan government in Baku.
Given the deep-seated hatred on both sides, strong domestic support and Turkey’s unconditional backing, the situation could prompt Azerbaijan to use this as an opportunity to press for complete reclamation of the disputed region — no matter the cost.
It is unclear what exactly triggered the flare-up this summer, with Armenia and Azerbaijan both accusing each other of firing first. But there’s no doubt that the conflict could have wider implications. The region is a crucial transit point for oil, gas and commerce that, if interrupted, could reverberate through the global economy – especially for the European Union, which will soon begin receiving gas from Azerbaijan.
An estimated 70,000 to 75,000 people — about half of Karabakh’s population — has been displaced. The conflict requires careful handling at a time when Russia and Turkey — already on opposite sides in proxy wars like Syria and Libya — have become involved.
Russia has a military base in Armenia, although it has supplied arms to both Armenians and Azerbaijanis. Turkey, which has strong economic and cultural ties with Azerbaijan and a fraught history with ethnic Armenians, is said to have transported paid mercenaries from Syria to Azerbaijan’s line of contact in the fight over the 1,700-square-mile enclave of Nagorno-Karabakh. (Turkey has denied this.)
Now Iran may be poised to enter the fray. While President Hassan Rouhani said he hoped to “restore stability” to the region, the Iranian Border Guards commander said his forces have been placed in “necessary formation” after claiming that shells and rockets have landed on Iranian soil.
“What we are witnessing reflects other contexts in the world: an internationalization of conflicts which go far beyond only the parties which were traditionally involved,” the ICRC’s Maurer said in an interview. “This leads to a dangerous assumption in many conflicts. On the surface it appears they have slowed but underneath, the situation remains extremely fragile. It needs obviously very little for the situation to escalate, and these dynamics are difficult to stop.”
The Covid pandemic has exacerbated the situation, with travel restrictions making it harder to conduct important face-to-face spontaneous diplomacy.
Maurer, whose organization has been active in Nagorno-Karabakh since the conflict started in 1992, said adjusting to a new normal is still a work in progress. “(The pandemic) has inhibited person-to-person contact and it has certainly inhibited the informality of diplomacy. … The virtual diplomacy is still a work in progress — it has not been yet the place or the format in which we can have trustful and confidential negotiations,” said Maurer.
All of this makes for a pretty grim picture mid-pandemic. A simmering conflict, like the one in Nagorno-Karabakh, risks becoming a conflagration that defies resolution and, like the virus, can rapidly reverberate around the globe — with deadly consequences.
share on Facebookshare on Twitter
Cepeda challenged to explain ties to terrorist organization, aid to fugitive commander
National News Outlets Prepare for an Election Night that Might Turn into Days, Weeks