HomeNewsThe brave Lopez does not give up
News

The brave Lopez does not give up 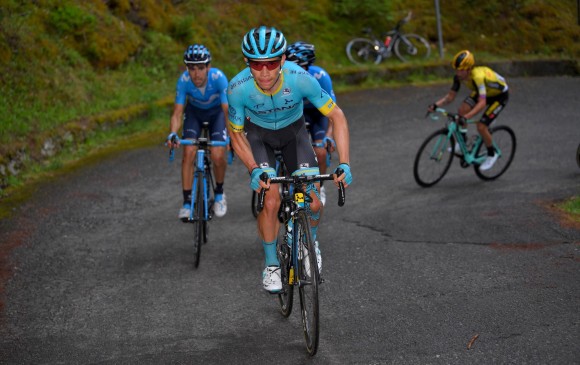 The tranquility of fulfilling what has been promised can be one of the best feelings of Miguel Ángel López (Astana) when making balance sheets. Win or lose always gives a show.

On Monday, on the second day of rest of the Giro d’Italia, he guaranteed that he would fight until the end of the race to try to finish in the positions of honor, and since yesterday, in the demanding 194-kilometer route, between Lovere and Ponte di Legno, where Italian Giulio Ciccone (Trek) won, Lopez was one of the men who showed combative spirit by attacking both ascending towards the Passo del Mortirolo, and descending through it.

In the end, in spite of surrendering in meta time with runners like the leader Richard Carapaz (Movistar) and the Italian Vincenzo Nibali (Bahrain), yes managed to leave behind other strong opponents to go up to the seventh place of the general and recover the white shirt that identifies him as the best young man in the competition.

“In the last kilometer, I ran out of strength and it was a shame not to finish in the group of the leader and Nibali, although I think we have done well. It was a hard stage, with cold, rain, but well, we saved the day. We are going up little by little, there are several days of struggle and we have to be there, “Lopez told the press.

El criollo loses 6.17 minutes with the Ecuadorian Carapaz. Second in the general is now Nibali, at 1.47, and the third place, at 2.09, fell the Slovenian Primoz Roglic (Jumbo), who has been suffering in the mountain stages. Today another one will be lived, of 181 km between Commezzadura (Val di Sole) and Anterselva / Antholz. In that journey, Lopez is excited to continue moving the race.