Terrifying moment cop confronts ex walking her dog before shooting her, killing himself 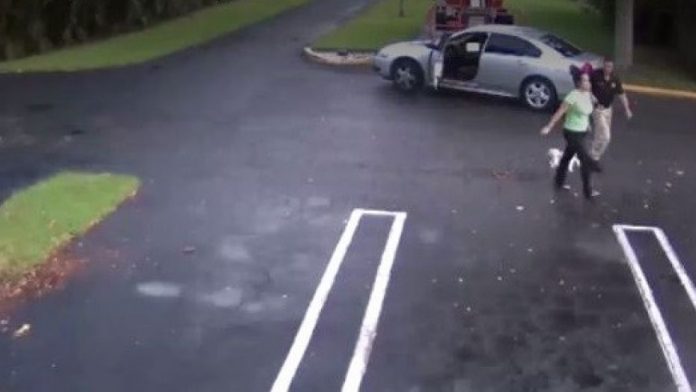 When he located her walking her dog, he stepped out of his car and shot her before shooting and killing himself.

“You treat me worse than a dog,” Deputy Michael DeMarco reportedly told her ‘before he shot her in the arm and twice in her chest. The sheriff’s deputy then shot himself in the head’, Fox News reported.