HomeNewsSouthern Aburrá Valley will be supervised with drones
News

Southern Aburrá Valley will be supervised with drones 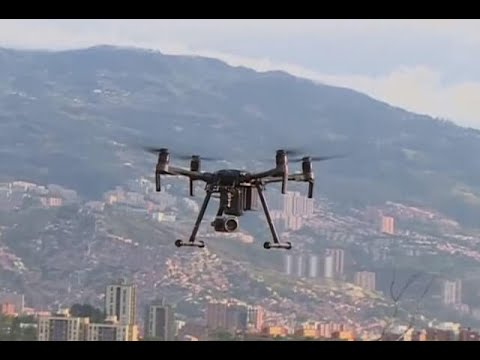 Envigado, Itagüí and Sabaneta will incorporate new technology to monitoring their territories by land and air. With drones they will seek to fulfill two purposes: to care for citizens and to support actions to capture those involved in illicit activities.

Although the idea is not new, as it already applies in Bogota and in some areas of the Medellin Center, for the three municipalities of the south of Aburrá Valley it is a novelty.

The mayors of Itagüí and Sabaneta included in their government plans drones as part of their commitment to smart and safe cities, but have not yet defined the dates for the acquisition of the equipment.

“It is clear that we are going to implement them as a security measure because we have seen that it has worked in the capitals of the country and that it is useful for the municipality. But we are still waiting for dates and budget allocation,” said Luis Palacio, spokesman for the Mayor of Sabaneta.

Envigado, for its part, has already allocated resources for the purchase and put up dates for pilot testing and commissioning.